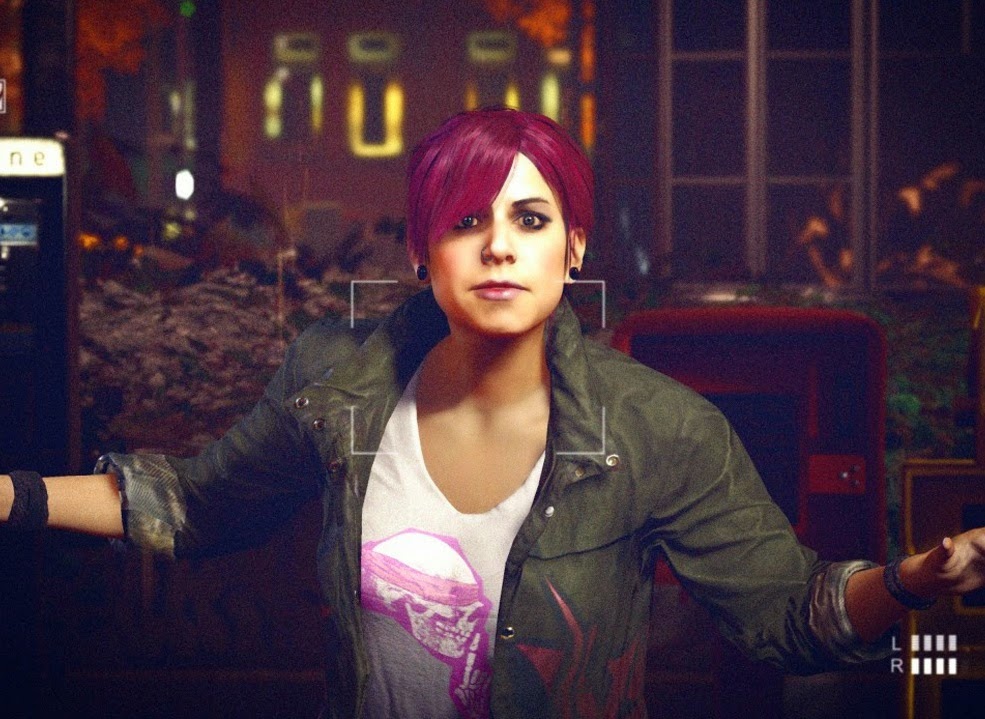 The recent release of inFamous: First Light has got me thinking. As a standalone DLC, it’s pretty good value, and it certainly has a lead character in Fetch that is an order of magnitude more interesting than the Delsin the tool.

But this DLC pack also irritates me. It’s great that the developer went to the extra lengths to make the package offer enough to be standalone game. It’s equally great that the lead character is a female. But it raises the question: why are so many major franchises so keen on leaving the female lead roles to the peripheral games, if they give them a go at all?

There’s precedent to Fetch’s role in First Light. Ubisoft’s Assassin’s Creed franchise is dominated by male and “white” (or passably white, in the case of the half-Native American Connor from Assassin’s Creed 3) male lead roles. When the developers have experimented with a female character it was for an PlayStation Vita low budget sub-story (Aveline in Assassin’s Creed Liberation), and the one time the developer experimented with a black lead character, it was in a piece of standalone DLC, similar to First Light (Adewale from Freedom Cry).

Now, developers and publishers should be applauded for doing these games and stand alone DLC packs. At the most basic level it is good to see that an experimentation with non-traditional character archetypes is happening at all, and I’m equally impressed that the developers were able to write Fetch and Aveline’s stories without exploiting their gender by sexualising them or making them subservient to male authority figures. Aveline and Fetch have agency and are confidently-written and engaging characters that don’t draw the player’s attention to their gender any more than the million games with male characters draw the player’s attention to the fact they’re in control of a male. 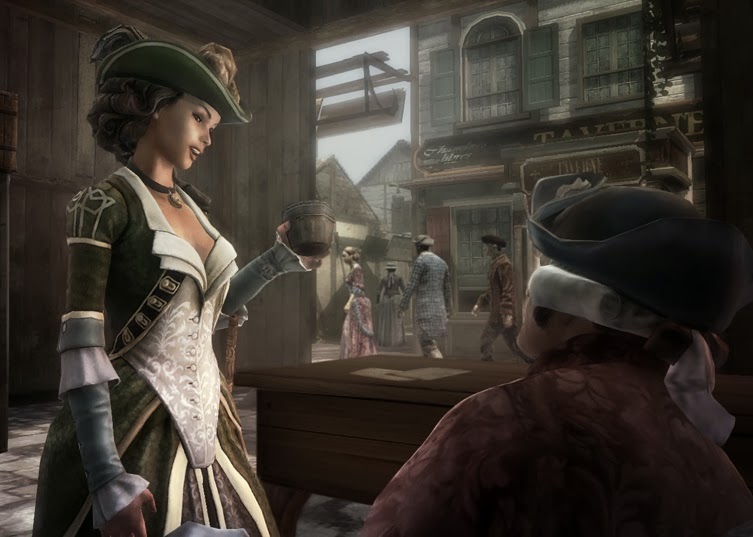 But (and you knew there was a but coming, right?) why can’t these characters be a lead in a “proper” game in their respective series? What Ubisoft and Sucker Punch have done with these sub-games and DLC packs is blatant tokenism – they acknowledge that they do fall back on the “white” male lead role so often, and their response to it is to stick a “diversity” lineup into largely inconsequential and unimportant releases. They don’t expect these games to sell particularly well, and they don’t necessarily care; these games feel like they are are as motivated by a desire to stay on the “right” side of the diversity discussion as they are to be held up as important entries in their respective series’.

We’ve heard arguments in the past that the problem with non-sexualised female lead characters for AAA-games is that the hurt the game’s commercial potential. This is something I would challenge, because we’ve yet to really see a developer of an AAA-game produce a game with a female lead character. There are plenty of examples of mid-tier games struggling to sell with female lead characters – Remember Me and Beyond: Two Souls are both good examples – but there are innumerable other reasons that these games may have struggled; not least of which the middling critical reception they had to deal with, and the more experimental approach to game design that put many players off the games.

Meanwhile, those rare incidents where female characters do play a large (albeit not leading) role in AAA games don’t seem to have been affected in terms of sales. The Last Of Us managed to get away with a female child being pasted on the front cover of the box. It, in fact, sold many millions of copies and was the Game of the Year according to an almost-unhealthy number of publications. 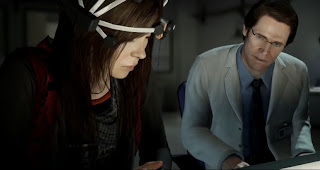 On top of that, the recently rebooted Tomb Raider went to great lengths to de-sexualise Lara Croft, giving her more human body proportions and resisting what must have been great pressure from some of the executives to translate all the bodily harm she suffers over her adventure into torn clothing. There’s not even a bikini DLC in sight. The massive budget for the game meant that sales were underwhelming from a profitability point of view, but on an objective basis, Tomb Raider sold well. Should the team at Square Enix continue to invest in Lara’s character in this way, then Tomb Raider could well become the textbook proof that non-sexualised female characters can, in fact, sell when placed in AAA game.

And over in Japan, while it’s difficult to find examples of female characters that are not sexualised, Lightning from Final Fantasy XIII is a generally good protagonist, and it was only really the third game, Lightning Returns, that was a commercial failure. The first two games sold somewhere in the vicinity of 10 million units worldwide between them, despite critical ambivalence’s, and so clearly didn’t suffer from having a female lead role.

My personal believe in all of this is that most AAA-studios are so risk adverse that they can’t even entertain the idea of a character being from outside of a very narrow (and getting narrower) typecast. Their publishers point to the commercial failures of mid-tier games, and the odd aberration like Beyond Good & Evil – which was a critical darling but a commercial bomb with a female lead – as some kind of “proof” that audiences don’t want female lead characters. Others point to evidence that when given a choice more people prefer to play as the male character (for instance, male Shepard in Mass Effect was more popular than female Shepard), but this doesn’t prove that people wouldn’t play as a female character if there was no option. 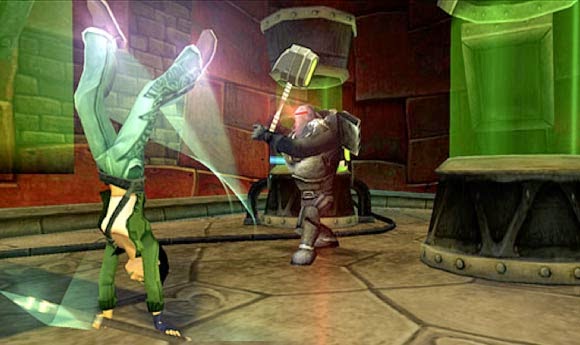 I frankly don’t think the bulk of the audience who buys these AAA-games with male protagonists would really care if one of them starred a woman. If you make a good game and market it effectively, than the overwhelming majority of people out there are not going to care if it has a female lead role. In fact, with more and more women playing games, it should just be a matter of time before an AAA studio does take a “risk.” And I do think it’ll be a good day for the industry when an Aveline-like character is placed in a game that can do her story justice.