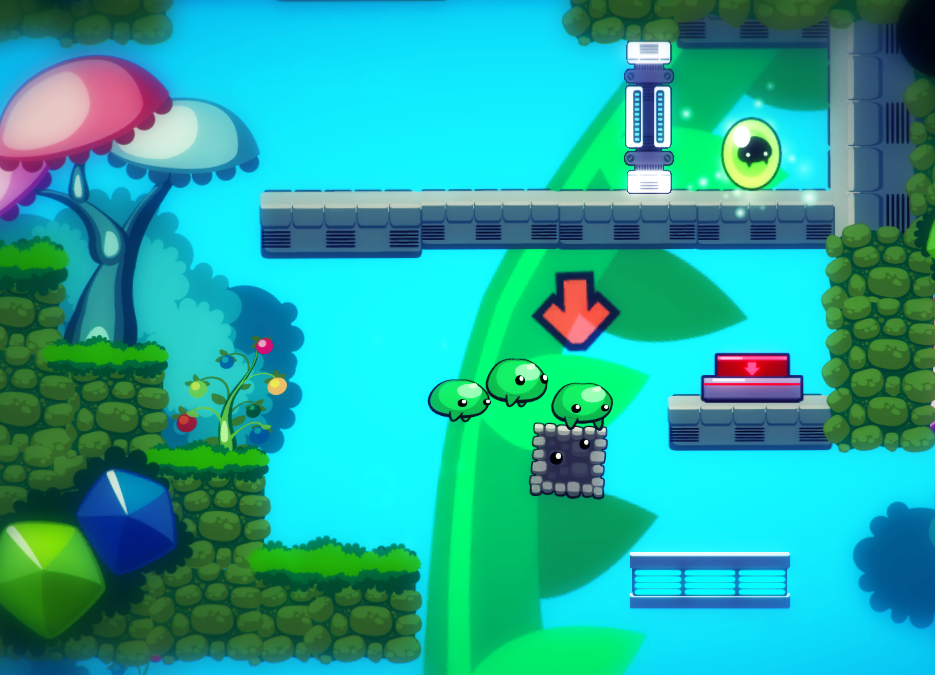 Ask anyone – if they had to pick the single genre which represents the indie gaming movement the most, it’s likely that the answer will unanimously be “puzzle platformer”, or the equally tiresome “puzzle platformer, with a twist”. It’s hard to not be jaded in 2014 when indie studio X10 Interactive unleashes a colourful puzzle platformer upon the PC and Ouya when we’ve all had our share of the genre before. And yet, as bitter as I am, So Many Me won me over in the first twenty minutes and just kept getting better.

From the opening scene, So Many Me hits the player with a bright palette and a gently psychedelic landscape. The bouncing rainbows and dandelion seeds make up a vibrant world which evokes the simple charm reminiscent of the Mushroom Kingdom. While art assets are at times hit or miss, there’s evidently a lot of effort put into packing the foreground and background with movement. Similarly, the sound is nothing special but it is subdued enough to not grate after repeated listens. 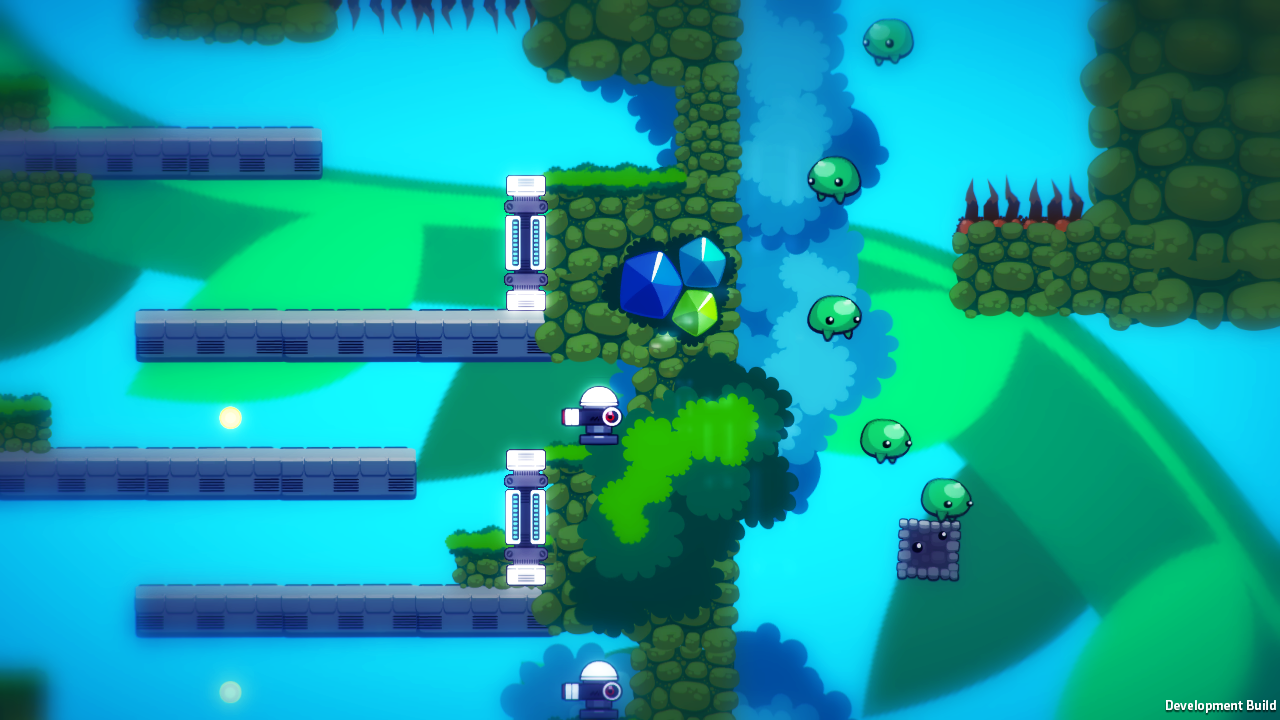 You play as Filo, an unexplained blob one day visited by a ghost, who warns Filo that the world is in danger. The plot is very thin, mostly due to the protagonist’s impatience as he barrels past any attempt at prolonged narrative, but there is enough to keep players interested. Filo is able to find seeds which creates clones of himself, and must use the power of these clones to traverse increasingly hostile landscapes and uncover the threat against the world.

X10’s design notes for So Many Me extensively detail the troubles they faced in constructing imaginative puzzles. Puzzles are naturally engaging when pulled off right, but at their worst they become a tedious exercise of “guess what’s in the developer’s head”. The difficulty of puzzle design lies in giving players immediate vision of all the relevant pieces, while withholding just enough information to allow logic to fill in the gaps. Thankfully, the design of So Many Me opts for simplicity, incorporating clear visual cues and a useful camera option so that puzzle solving never feels like guesswork.

On top of the excellent puzzle design, So Many Me also boasts an excellent platformer engine which is genuinely fun to play around with. My main gripe with the puzzle platformer genre is that low jump heights and rigid movement have become the norm – these design choices let down the fluidity which is so integral to the platformer experience. Moving around in So Many Me on the other hand is a blast. The cloning mechanic allows Filo to create a variety of blocks to jump on and interact with. This mechanic is so well integrated that it feels like the perfect complement to jumping. Most manoeuvres require some dexterity to accomplish, so even when the solution to the puzzle is reached the player must still perform the necessary jumps to proceed. The game is designed with controller support in mind and plays best with the Xbox 360 controller or a gamepad. The keyboard controls are more awkward however, and the lack of button mapping leads to discomfort during long sessions. 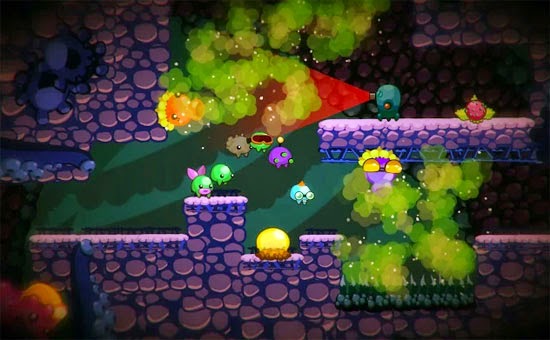 Everything in So Many Me’s design is reminiscent of the classic platformers of old. There are thoughtful nods to everything from Kirby and Sonic to more obscure titles like Adventure Island (the dinosaur controls, for instance, are near identical) and 1992’s Flashpoint. This is even backed up with the game’s difficulty, featuring an easy first world and a discernible difficulty spike immediately after. Getting to the exit in each level is easy enough, but every level contains a seed, a costume and a relic which are all guarded by some tricky puzzles. Seeds and relics can make the overall experience a little easier by granting perks, while costumes add even more flavour to the game’s world.

So Many Me is a wild success, building upon previous generic conventions to craft a highly satisfying experience. The elements of puzzle and platformer mesh so well that I have to wonder why other games aren’t this good – X10 manages to make the impeccable mechanic and level design seem effortless. Don’t be fooled by the simple art style, because So Many Me is a title which will contend for one of the best indie platformers this year.