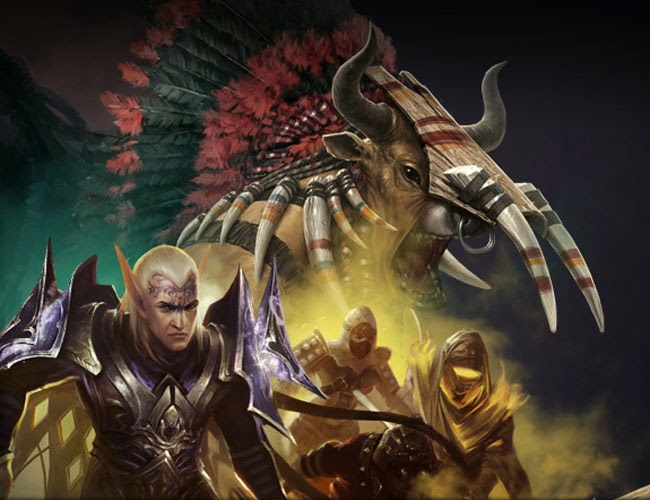 Warlock 2: The Exiled is an amazing change of pace from some of the other strategy games that I’ve played in the past few years. Instead of the typical earthly factions of different civilizations where a predictable rock/ paper/ scissors format provides a safe strategy framework to exploit; Warlocks 2 takes that equation and then allows you to use magic to launch a fireball just to mix things up.

Before starting out on your quest to retake your homeland of Ardania from the United One players have several important decisions to make. The most obvious is; do you want the traditional single player or multiplayer experience? In single player there’s more options; the Exile mode allows players to experience a story with quests and events to deal with. The second mode available is the sandbox mode which is a more traditional, narrative free strategy experience.

(You can also read our review of the original game here)

Starting off with the Exile mode, I’m happy to say the story is an interesting addition to this style of game. After the introduction a variety of things can happen. In one event some of the United One’s minions will come straight at you in the form of dragons to breathe fire and destruction on your cities. Another time, one may just sit back and relax as he launches magic at you, sending you scrambling on a quest for a spell that he has never seen before that will make him leave you alone. The inclusion of these story elements, which are wide and varied, make for an interesting time. Not all of the events are immediately hostile, mind – it might be possible to either pay off a threat or ignore it completely. It might mean you sacrifice some ground, or lose some cash, but it might be the only way to preserve precious soldiers for tough battles ahead. 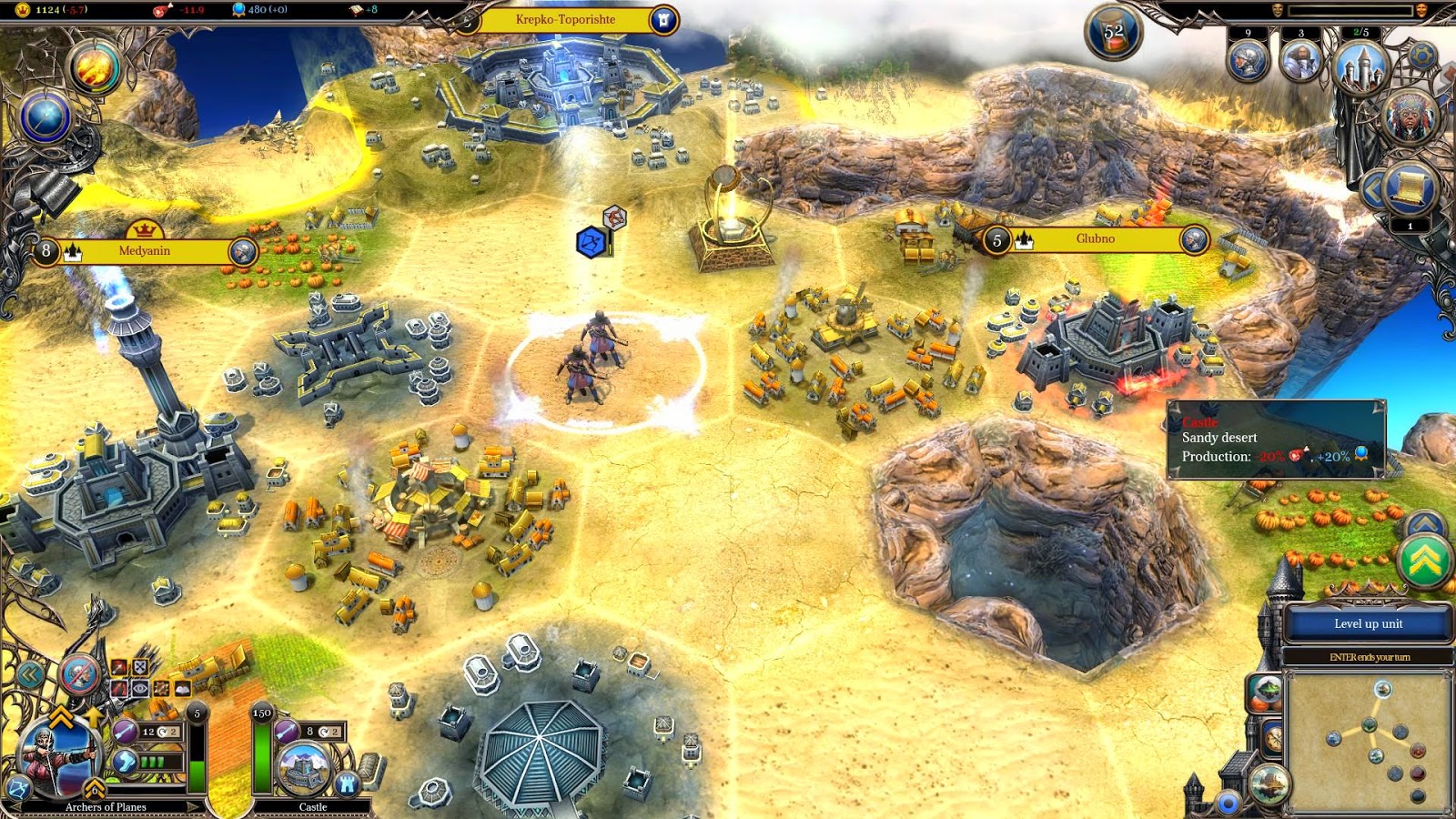 Multiple races are available and they all have their strengths and weaknesses both on the field of battle against one another as well as in terms of resource management. There are three main resources; gold, mana, and food, and these can be difficult to balance properly, in terms of how much can be spent versus how much is being generated. The basic challenge is that units in the army have an upkeep cost, and ensuring that there’s enough resources to pay for it all will occupy a great deal of your focus. Ask Napoleon what happens when on a military campaign and don’t have enough resources to look after the soldiers. Warlock helps out by including monster dens, bandit hideouts and elemental pillars that might be a bit out of the way on a campaign, but are worth pillaging in order to acquire some additional precious resources.

Just like in Civilization, it’s possible to send out “settler” units to construct new cities in new locations. What is different to Civilization is a maximum number of cities that a civilisation can have at a time. This adds a surprisingly new nuance to the strategy; conquer a city it adds to your own maximum count. So all of a sudden you need to be selective about which cities you do capture. It was at times an annoyance as when you conquered a city it now added to your own count. Or, alternatively, it’s possible to convert cities to a variety of “Free Town” statuses, where they will continue to support your civilisation in indirect ways without counting towards the formal list of cities. 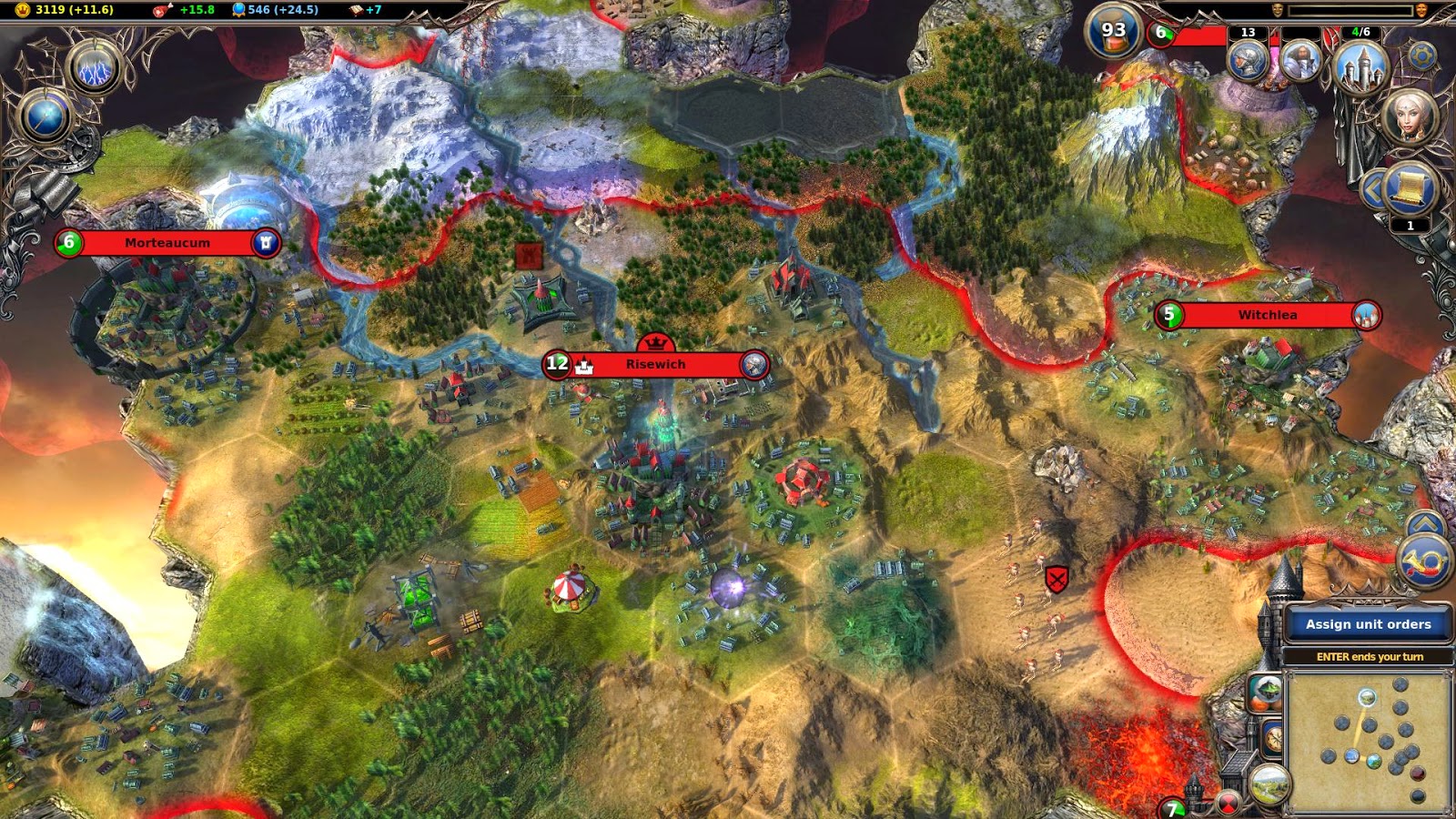 The other half of the game is the combat. Facing a new opponent for the first time in combat can yield some interesting results, creating a great sense of wonder and discovery while forcing players to remain on their strategic toes. Units come in a wide variety, offering plenty of creative options to players. From standard light and heavy infantry to more exotic fighters such as flying ghost galleons and magic users, there’s a real need to find a good balance between the different unit types to find success.

Finally, players also have access to magic, which is potent stuff indeed. Mana is a limited, precious resource, but it can be used to raise or level mountains, turn swamps fertile, or turn fertile lands into icy wastelands. to cause direct damage, fireballs and storms can be launched at enemies. Used cleverly, magic can turn a game in your favour. This being said, the other Great Mages that you’ll be pitching wits against also have access to magic, and can wreak havoc on your own lands.

Warlock 2 is an incredible well crafted game that is easy to bury hours into. Like any other good strategy game it can take some time to find the right strategy that will suit your play style, but that process of discovery is what makes these games so enticing.