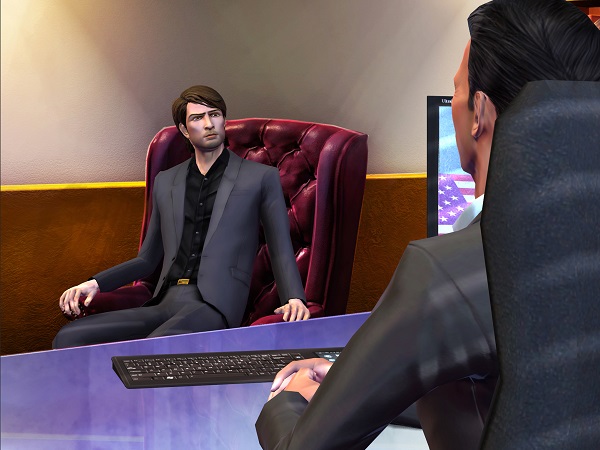 Players take on the role of Malachi Rector, an antique appraiser, as he crosses the globe on different jobs for clients. If I said that the narrative set-up was anything less than stellar I would be lying. From the quality of the writing through to the actual voice acting, Moebius is a work of art. Plot exposition and dialogue alike seamlessly roll from one character to another making for a very believable cinematic experience.

There’s also great attention to detail. While in Italy, all the locals have an Italian accent while as over in Cairo the characters might be speaking fluent English, but the accent remains authentic. Some characters even have stronger or weaker accents than others, and that’s not simply a consequence of hiring different voice actors; the accent also fits the roles they play so well as it would make sense in the context of a game set in what is meant to be the real world. All of these elements come together to create a near-perfect atmosphere that encourages people to explore. 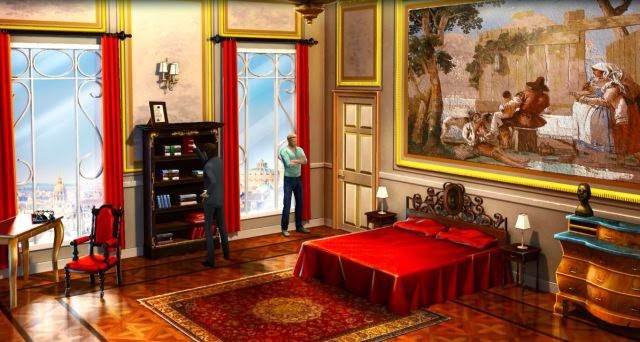 The story itself is divided up into self-contained chapters. It feels a little odd at first, playing through a series of chapters each with its own start and finish, but, as the story continues on the overarching plot starts to make more sense and a grander mystery reveals itself. Moebius is such a well crafted mystery without actually seeming to be at those points in time as you explore around. It’s the video game equavailent of a page turner, in other words.

There’s also a lot of interactivity on display in the game. Every room, alley or passageway features multiple objects and people that can be examined or spoken to. Again, the naturalistic way in which these items appear in the environments is truly something special, and adds a great deal of logic and environmental storytelling to the experience. A bouquet of flowers sitting on a piano of a deceased wife offering condolences. Everything from chandeliers to plates, vases, and lamps rests in an antique shop; Not all of them serve a purpose in pushing the game forward, but it wouldn’t make much sense if they weren’t there. 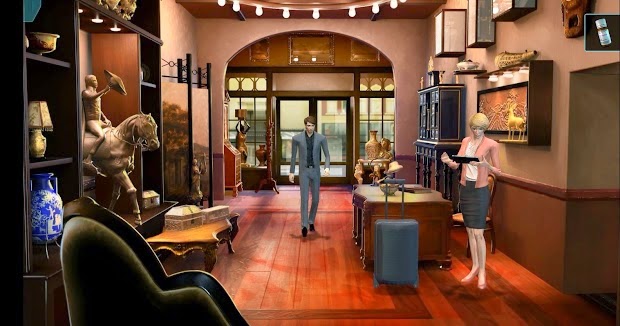 Because it takes some thinking to differentiate the important stuff to interact with with the stuff that’s either a red herrings, it can almost feel like a Sherlock Holmes story at times (I’m thinking more of Benedict Cumberbatch than Robert Downey Jr. here). The characteristics that you can pick up by the examination of a person or an object allow for a different thought process and analysis of the other people that you converse with. The comparison of Malachi Rector to Sherlock Holmes extends to their characterisation too; neither quite know when you stop talking especially when they have gone too far in a given situation. There are some decisions that you might make that will make you think nothing of it until later down the line where you realize that they have greater rammfications than you had previously thought. The different trees of cause-and-effect that the player’s input has makes multiple playthroughs a must to see how different decisions might play out.

But Moebius isn’t perfect. There are moments where things fall flat, which are minor, but for instance there are times where the characters look awkward when moving around or sitting on a chair. It can be comical, in that it looks like they have no bones, but it doesn’t fit with the more serious tone of the narrative. The lip movements also felt off at times. As the game moves on it stops being noticable, but it’s a pity that there wasn’t as much effort put into the character models as the narrative. Most critically, while the interface is generally good, wading through all the clues to find the right one can become a pain.

Moebius: Empire Rising is a refreshing experience and well worth the time. If only there were more adventure games of this ilk.

Nyaruko: Crawling With Love! Season One now available on Blu-Ray