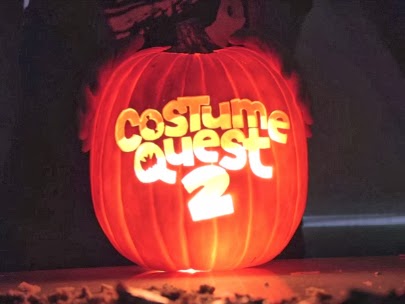 
Gone Home, the debut title from indie developer The Fullbright Company, chronicled the story of the Greenbriar family, and unfolded through the eyes of their eldest daughter, Katie, as she explores their empty house after returning from a year-long trip abroad. The game released last year on PC, Mac and Linux to critical acclaim, and garnered game of the year awards from many publications, including our own award for PC Game of the Year.

(For more information on Gone Home, check out these opinion pieces on the game’s narrative and classification as a game, by our editor-in-chief Matt)

Midnight City will also be publishing the newly announced Costume Quest 2, a follow up to Double Fine’s 2010 title, which follows a group of neighborhood kids as they work together to defeat an evil goblin race that have invaded their hometown on Halloween. The game, which was originally conceived during one of Double Fine’s Amnesia Fortnight game jams, was well received among critics and gamers alike, and the sequel is set to follow the protagonists of the first game, twins Wren and Reynold.
While no specific consoles have been detailed as of yet, we wouldn’t be surprised if versions for the Xbox 360, Xbox One, PlayStation 3 and PlayStation 4 are in the works. Regardless, look for more coverage on both these titles in the future.
– Shaan J.
News Editor
Follow me on Twitter – @KneehighPark
Share this