The newest Wargame title has some truly epic naval battles, The Witcher 3 slips into 2015, Costume Quest 2 is announced (and Gone Home is coming to consoles), and Naughty Dog is the latest company to join up with Operation Supply Drop- all in today’s News Wrap.

No really, they do.

If you’re familiar with Wargame as a series at all, then you already know that it’s a spectacular looking title. The graphics are super detailed and it really looks like an action game or some kind of sim. But it’s not. It’s an RTS. A glorious, glorious RTS set in the days of the Cold War.

Red Dragon, the newest in the line, is all about the eastern front and the Asian nations. The sequel to AirLand Battle features piles of new units and one of the biggest and deepest naval battle elements in any strategy title ever.

Don’t believe me? Check out the trailer here and read up a little more on one of the hottest looking RTS’ coming out this year.

As a fan of the series myself, this one bummed me out more than a little, though it’s all in the name of making the best game that CD Projekt Red can. Still, it’s a shame that The Witcher 3: Wild Hunt won’t be gracing consoles and the PC this year.

With this being the final game in the series (so far anyway), CD Projekt wants to take main character Geralt of Rivia out on a high note. With the game already looking as incredible as it is, the extra time should make it all that much better and perhaps one of the best action/RPG’s in recent years. At least, I hope so anyway, because if I’m waiting all theism time just to be disappointed, I’m going to have to write these guys such a nasty letter.

Read on to see the full note from CD Projekt Red explaining the situation here. 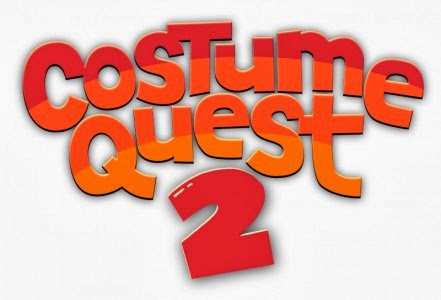 Gone Home coming to consoles along side Costume Quest 2

Kind of a big surprise came in this week when publisher Midnight City announced that the indie hit Gone Home would be coming to consoles and the sequel to one of developer Double Fine’s biggest hits Costume Quest was on the way too.

Gone Home is currently available on the PC and has taken off big time with a short, but deep, and fascinating story of a missing family. According to the developers, they’ve often been asked when the game would be making landfall on consoles, and now they can answer that with a hearty ‘some time soon’.

Costume Quest 2 on the other hand, has been something of a mystery. It was rumored a while ago that Double Fine was hard at work on a sequel to the lite RPG hit, although nothing had really been said one way or the other about it. Now of course, the official announcement has been made and Tim Schaefer’s baby is on the way back to both consoles and the PC.

Click the link to see a bit more on the new announcements and why Schaefer needs a t-shirt with glowing skulls on it (spoiler: there’s no reason).

Operation Supply Drop, in case you’ve never heard of it, is a charitable organization dedicated to making the lives of US servicemen and women easier and a little more fun. It’s a great cause and the group has been rolling, rolling, rolling as of late with all new sponsors and some big name companies jumping on board to donate.

The latest, is Last of Us developer Naughty Dog along with Rooster Teeth, Wargaming America, and Astro (the headset folks). Support has been great for the group and has resulted in some $700k USD in games and gear going out to over 2500 soldiers in military hospitals and on active duty around the world.

It’s great stuff and well worth a click and a read to see some of the incredible good the guys and gals at Operation Supply Drop are doing.

Dark Souls 2 was cool and all, but what about a new King’s Field now?