Crimes and Punishments brings classic Holmes into the next generation, Zen Pinball branches out into Soccer, a new retro console hits the market and Microsoft talks up Games with Gold for the Xbox One- all in today’s News Wrap.

There’s a lot for Sherlock Holmes fans to like in the entertainment world right now with two television series’ (I’m more of a Sherlock fan), comics and an upcoming game from longtime Holmes publisher/developer tandem Focus Home and Frogwares. And unlike every other Holmes video game in the past, this time around Sherlock actually acts like Sherlock.

Oh sure you’ve had to solve cases and chase down murderers (and the occasional Cthuloid horror) before, but none of it was anything like Sherlock Holmes: Crimes and Punishments. This time around, the familiar cast of characters are brought to life with the power of the Unreal 3 engine instead of Frogwares decent but a bit underpowered in-house toolset.

One look at the trailer and you can tell why the developer chose to go the licensed route this time around. Looks aside though, there’s way more to this case than meets the eye at first glance as Holmes’ famous consulting detective abilities will indeed be in fine form.

Click on through and watch the video to see why Sherlock Holmes: Crimes and Punishments just might be the most exciting game about the all-time great character ever.

In something of an uncharted move for Zen Studios, the mega-popular Zen Pinball platform will be seeing a sport-themed expansion. The table set comes in the form of a Super League Football expansion and should make football/soccer fans smile wide.

As usual with Zen, the tables are excellently made with massive attention to detail- complete with mascots, a an animated player and crowd and announcers. Even cooler; the tables are made with a nod to the classic Midway title from 1994- World Cup Soccer.

Not that it would probably take all that much convincing if you’re a soccer fan already, but these are some of the company’s coolest looking pinball tables yet. And even if you’re not a fan, they’re more than worth checking out for the sheer inventiveness of them. 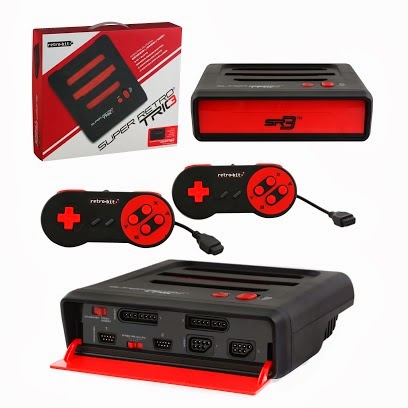 All the rage these days, retro gaming has well established itself as a part of the modern gamer’s diet. Playing older titles can be a fun time for a gamer who’s never played them before and from a veteran of the hobby who can be in it for the nostalgia as much as for the fact that some of these titles from what I like to call the golden and silver ages of gaming are flat-out some of the best games ever made.

One things that’s kind of a drag though, is having a bunch of old consoles setup under the TV, or worse yet- having them all tucked away in the closet and setting each one up every time you feel like charging up the wayback machine. That’s where companies like Innex and their Super Retro Trio come in.

This little console plays NES, SNES and Genesis games, can play GBA titles with the help of an adaptor and has the nice bonus of actually looking cool. Not a bad quintuple threat right there. The console will be heading to retail soon, so if you’d like a preview, click on through to BG for the full skinny. 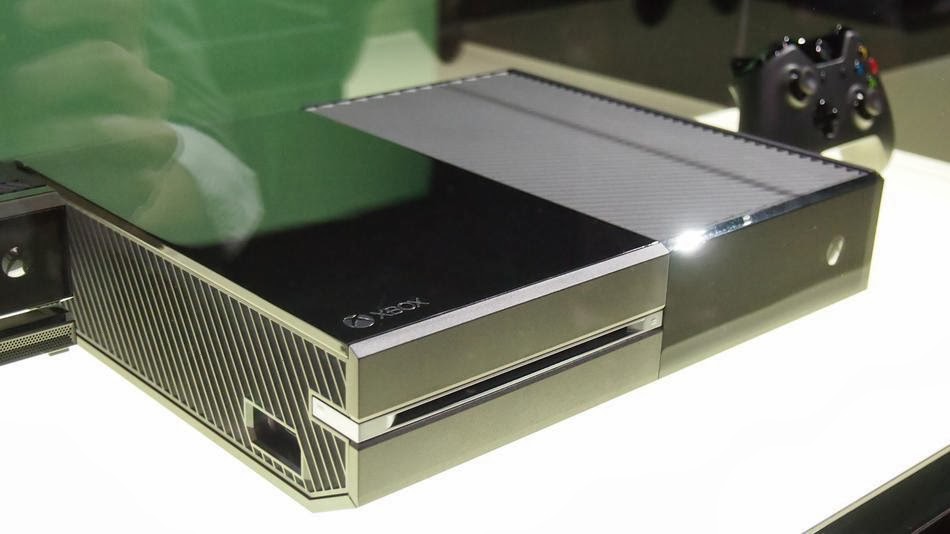 Microsoft updates Games with Gold for Xbox One status

The Xbox company has been more than a little coy with the exact details of their relatively new Games with Gold promo as goes the new Xbox One. Gamers have been getting a steady stream of gratis games for the Xbox 360 since Games with Gold debuted as something of an answer to Sony’s Instant Game Collection on the PSN last year.

As far as content, Microsoft definitely has a long way to go to match what’s happening on the PlayStation family of products. PSN gamers who subscribe to PS+ are regularly spoiled with a hefty dose of freebies month in and month out while Xbox players get roughly one new title a month. Getting Xbox One games on the arm though, would sure go a long way towards making the two programs at least competitive with one another.

This past week, Microsoft’s Phil Spector weighed in (ever so lightly) on the subject and said that we should expect something soon to be said about the expansion. Let’s hope for sooner rather than later on that one.

Microsoft needs to ignore the Kinect-less Xbox One talk