BG’s news wrap returns to DDNet for 2014 with a look at some of the biggest news stories of this young year. On tap; SimCity goes offline, the big two (ahem) release their sales figures, Razer debuts the Nabu and Activision and Marvel Comics part ways.

Remember all that stuff about SimCity (2013) not being able to run in an offline configuration? Well, forget it, because developer Maxis says they’ve been hard at work on a ‘fix’ for the issue that drove some die-hard Simmers up a wall when the game released on PC’s everywhere last March.

That issue of course, was that the game could not be played without an internet connection. This move collectively raised ire since SimCity, if you’re not familiar, was pretty much a single player game first since… well, pretty much since always. Still, it was a bold move to try and move the franchise in a new direction, it’s just that the majority of players didn’t really care much for that direction.

But have no fear if you’ve been holding out to play the city building and management simulation, because Maxis has officially announced that an offline mode is incoming. According to a Maxis blog post, the mode has been in the works for a good six and a half months and has seen huge portions of the game’s code get a near complete rewrite. Apparently, they were far from lying when they said it would take a heck of a lot of work to get this done.

Read on for more, including exactly what Maxis had to do to get things up and running- offline. 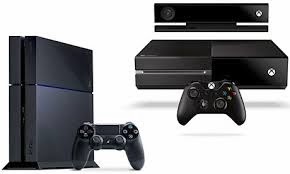 Sony and Microsoft toot some horns

With apologies to Nintendo, the hottest names in console gaming right now are Sony and Microsoft as they plunge headlong into 2014. Fresh from a pair of successful (if not completely uneventful) launches, two of the three biggest players in the home console arena have released some official numbers for what went down, sales-wise, from last November through early January. Let’s say that the Holiday Season was a good one for both houses.

In total, Microsoft touts a total number in the neighborhood of 3 million consoles sold since the console went out the door and onto the retail shelves in 13 territories, while Sony boasts an impressive 4.4 million moved. Sony broke their own prediction with that 4.4 mil as they had previously only targeted 3 million by the end of 2013. And while that is an impressive figure, it’s also important to note that the PS4 is available in 20 some-odd more countries than the Xbox One at present. Will future availability parity even out the race?

That’s hard to tell unless your name happens to be Pachter (and even then…), but I will say this- with strong lines headed into the Spring season from both consoles, it’s going to be a heck of a show.

Click here for Sony’s announcement and here for Microsoft’s.

Razer is know for their console and PC peripherals and in recent years, their high-end gaming laptops and even overpowered transforming tablet’s. Something they are not know for in any way are Nike Fuel-type wristbands or smartwatches, but that’s exactly what the Nabu is.

Which one you ask? Is it a smart watch or a fitness accessory? Well… it’s both and more. The Nabu, which was announced at the CES this past week, is an iPhone compatible device that’s worn on the wrist and can tell the time, manage your workout, tell you who’s calling/texting/Tweeting you, understand gestures and even pick up sales from stores that you pass on the street like a Nintendo Streetpass on the 3DS.

It’s a very cool little device that Razer says will actually grow in functionality as time goes by and that the Nabu will have some gaming-related functions that sound an awful lot like the company is cooking up some kind of augmented reality experiences.

It’s not available for purchase quite yet, but it sure does sound promising. Click here for the full story and a bit more on what the Nabu can do.

The House of Ideas and one of the largest publishers of video games in the world have officially parted ways. With the agreement between the two behemoths running out, Marvel has severed ties with Activision leaving the latter company’s catalog of Marvel Comics inspired games in the lurch.

Basically, Activision won’t be shipping any more new copies of any of its games that featured any part of the Marvel Universe, which is now wholly owned by Disney- and that even goes for the fairly new Deadpool game. Used games are still very much in play unless Mickey Mouse himself will be touring GameStops everywhere to snatch ’em all up, and new coins of any games that are already out there in the wild will not be pulled.

You won’t however, find any of the games mentioned up for sale anywhere online in downloadable form. The aforementioned Deadpool game actually disappeared right in the middle of the Steam Holiday sale, making its exit shortly after is went off of deal-of-the-day status. So at least we learned what can shut Deadpool up- legal contracts.

Take a peek at the whole sordid mess here, but don’t look for any answers as to what’s on tap for the future of the brand as goes video games. News on that front is nonexistent at the moment.