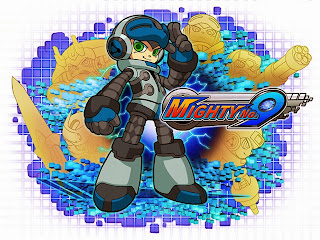 It’s been a quiet couple of months around the issue of feminism and the games industry, but then Keiji Inafune’s company, Comcept, has hired an apparently outspoken feminist, Dina Abou Karam, as its Community Manager for its upcoming spiritual successor to Mega Man; Mighty No. 9.

The story was a successful one to be sure; 256 comments at time of writing. But from a quick glance in the comments section, the story has quickly become an argument around feminism, and from a rough assessment (because honestly I couldn’t stomach reading each and every comment), not even five per cent of those commenting (on either side of the argument) understand feminism in the slightest.

If you consider that a sample of the broader community, then the lack of understanding for feminism in this industry continues to be a worry. Worse, people’s apparent lack of interest in learning about feminism is truly concerning.

Feminism is not the “us vs. them, men are bad, woman will inherit the earth” that many (if not most) in the games industry paint it to be. Back when the movement started it was an grassroots argument for women’s rights, because at the genesis of feminism women were undeniably oppressed. However, the modern take of feminism is as a sociological philosophy; it’s a concern for the way that gender (both male and female) is perceived in society, and the expectations and roles prescribed to people based on their gender. That concern then looks at whether those prescribed roles and expectations based on gender are healthy for society.

It’s a philosophy that also argues for balance. Feminism, as a sociological study and philosophy, is greatly concerned about men as well. Feminists write at great length about the male power fantasy of popular media, because they see that as an unhealthy influence for men. However, based on the responses we see in the games industry every time an incident like this springs up, the great majority of (mostly male) games see the word “feminism” and see red; based on nothing more than connotations they’ve drawn from the word.

As with every field of philosophy it’s possible to criticise and debate feminism, but the people who commented on that NintendoLife story, or take to Twitter and Facebook to harass prominent feminists are not engaging in a debate. They’re reinforcing a basic reality about the games industry; it’s one where deep thought is discouraged because mob mentalities and ignorance are aggressively dominant.

It’s unacceptable. A company that is led by one of the industry’s most veteran and well-respected designers hired Dina Abou Karam because she’s talented. As a Community Manager she’s not going to have the core influence over the game development that the community is so ignorantly worried about. Or, even if she did, having a different perspective have input into a game project would more likely result in a richer, more nuanced experience than a ‘lesser’ game.

Perhaps people should simply pick up a book and do some reading before they assume they know something about feminism, because as someone who has been writing about games for many years now the unrelenting and unapologetic ignorance around the topic is growing very tiresome indeed.

Then again, perhaps the media should also be doing a better job to adequately explain feminism to the community.