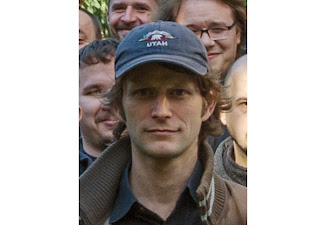 One of the oldest independent game developer/ publishers in Eastern Europe, Invictus Games has been operating our of Hungary since 1992. It fulfils two roles – to develop its own games, and then to also port and publish third party games and has worked with some of the largest organisations in the industry, including Codemasters, Activision, 1C, Gamepot, Joyzone, Gamigo, Nival and most recently with Vanguard Games.

In light of the opportunities that mobile development has offered, the company has slowly transitioned towards a more mobile-focused business model, and it continues to find success there; for instance, the rather brilliant Greed Corp was ported to iOS by Invictus Games, and has been regularly bounding back into the charts through the years thanks to the occasional feature by Apple.

We sat down with the founder of Invictus Games, Ákos Diviánszky, to chat about some of the trends that he is seeing in the mobile and independent publishing space at the moment. He also provides some great insights into the challenges that anyone in the games industry faces if they’re not from a traditional centre of business for the games industry – it’s not something many of us think about, but if you’re not working in the US, Canada, Japan, the UK or France, it can be a very difficult experience to try and set up a successful and sustainable game development business.

Digitally Downloaded (DD): Greed Corp is still going strong in the charts all these years later. What do you attribute this success to?
Ákos Diviánszky (AD): Greed Corp was been ported from console to mobile and that brought high quality visuals, a well-done background story and competitive AI to the iOS platform, something not that common in the strategy/ board game category.

Gaming sites noticed and awarded that with high scores. Apple also noticed this and featured the app now and then. Although we tried cross promotion from our other titles that wasn’t successful Greed Corp being the only board game in our portfolio.

I remember the dev team loved working on that porting project – a key for success in my opinion.

DD: You publish a very diverse range of games. How do you choose what games to take on?
AD: I think that comes from diversity at Invictus. We have four internal teams; some teams strongly believe in ideas they come up with and elaborate those. Others like to jump on projects where limited design is necessary – they usually take 3rd party projects such as porting an existing title.

Running an independent studio is sometimes about survival when you do those hire jobs you wouldn’t touch otherwise. Thank God we still exist!

DD: Have you considered branching out to also publish on the consoles, now that the digital distribution stores are so robust for these platforms?
AD: We made some careful steps towards that back in 2010 releasing 4×4 Jam and Fly Foo on PSP then quickly realised that console folks demand console content and quality quite apart from Angry Birds.

While we have the manpower to develop a ‘big’ console title that would require us to give up independence.

DD: How do you see the opportunities for independent publishers on the iOS and Android app stores changing going forward?
AD: The big opportunities are past and we are now forced to sell our titles to publishers with a decent user base and a Bay Area office so they can fight for the featured positions. It’s a tough market now.

DD: With official controller support for smart phone and tablet devices, and functions like AirPlay allowing people to play their devices on their TVs at home, is it becoming difficult to support all the different ways that people want to play?
AD: In 2009 we still actively developed Heat Online, a racing game for PC, something that forced players to sit down but even then only the hardcore minority brothered with steering wheels not to mention devices such as TrackIR, which we spent good money to support. The majority just used the default option – keyboards.

So I think that critical mass is not yet triggered on PC and I wonder if it’s going to happen at all; so do the casual players really need any of that?

DD: With more and more games going free-to-play on mobile platforms, do you think there will still be opportunities for premium content?
AR: Sure, via in-app purchases!

DD: What inspired you to start up Invictus Games?
AD: We were a group of friends who all developed games as a hobby and wanted to correct all the mistakes and missed opportunities that we had seen seen in other games since the C64 and Amiga era.

DD: What are some of the challenges and opportunities that you’ve found from working outside of the traditional centres for the games industry (US, Japan)?
AD: Communication is the greatest challenge.

The first question is how to communicate? Even email can not hide the fact that we are non-native English speakers. Actually this is an opportunity when talking to others with English as a second language. One gets a lot more relaxed realizing the other party’s English isn’t perfect either.

Then there is the question of when and where to talk? San Francisco is still waking up when we are leaving the office. It is much more easier to resolve issues face to face but for us saying “hey let’s have a beer downtown a discuss this” is usually not an option.

We also miss all those local connections! I’ll never discover a schoolmate working at a partner company and have those associations clear roadblocks for me. Business is generally much harder from here.

DD: Finally, what games are you playing at the moment?
AD: To be honest I enjoy programming a lot more than playing!

So I let others at the company find the gems for me and play only those few selected games. Even if a game is for me I usually stop playing when I feel I understand how it works. However I enjoy watching my kids (five and seven) playing Subway Surfers, Jetpack Joyride, Kingdom Rush, Triple Town, Hay Day, Froggy Jump and Memory Frenzy. They are not aware but they also do playtesting for our own games!

Like writing fan fiction? Want to get published? Well here’s the gig for you!