Activision wins big with Call of Duty: Ghosts, the Wii Mini heads to US shores, Konami defines the duality that is Metal Gear Solid V and the PS4 isn’t a fan of media streaming (or playback) – all in today’s News Wrap.

Activision cashes in with Ghosts to the tune of $1Billion

A billion USD is nothing to sneeze at (even taking into account the state of the US dollar) and Activision’s monster of a franchise has pulled exactly that off with yet another stunner of an opening week.
Company head Bobby Kotick also touted the performance of Black Ops II saying that this year more than any other, people played Call of Duty with four billion hours of combined gameplay. Regardless of how you personally feel about the somewhat polarizing FPS series, those are impressive numbers.
And with the Xbox One and PS4 on the horizon, they’re only going to get even better with Ghosts leading the race for pre-orders among launch titles on both consoles. Think it’s going to be a Happy Holiday for the folks at Activision?
Take a peek at the full story here
The lil’ Wii is heading to the States 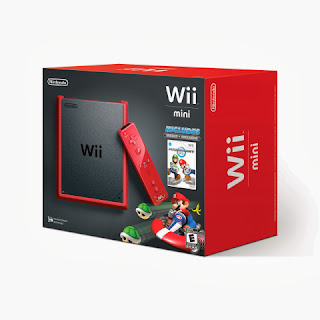 Seriously, is there anyone who’s not puzzled by the appearance and continued lifespan of the Wii Mini? This little red and black console, which actually is kind of cool looking, is basically just a Wii (the first one) without internet connectivity. Is that a thing that people actually want? I suppose its a good choice for those looking for a console for a den or child’s room, but doesn’t it’s very existence cannibalize the already faltering and struggling Wii U just a smidge?
I guess Nintendo sees things differently as the gaming giant has announced that a special bundle pack with a Wii jr. and Mario Kart Wii will now be making its way down form the great white north (it was first sold exclusively in Canada) to the United States.
Why? Who knows, but you read about the whole thing here

So… what is Metal Gear Solid V anyway?
Like all the great mysteries in life, it’s a little complicated. Though that’s probably something that fans have come to expect from the long running Konami series.
In a nutshell (as concise as I can be about it anyway), both The Phantom Pain and Ground Zeroes are Metal Gear Solid V. Here’s where things get interesting though- Ground Zeroes is a prequel to the action that takes place in The Phantom Pain. It basically sets up the real Metal Gear Solid V adventure.  As such, Ground Zeroes has got lower pricing than The Phantom Pain and will be a pretty different experience overall (don’t expect an open world).
Make sense? Want to read more about it? Sure you do
The PS4 doesn’t care for your ‘media’
So here’s a piece of news that’s no doubt going to devastate a very small section of the gaming populace- you can’t stream your media through the PS4. Yes, I know you’ve been able to do that for years on the PS3, but the PS4 ain’t taking it from you anymore. Why is a whole ‘nother question as there doesn’t really seem to be a rationale behind the sudden change in policy other than to push the company’s own music-streaming service, which you can still use through the console itself.
In a related note, it also came out this week the the PlayStation 4 won’t even play CD’s; which is another oddity. Although I’m not sure how many still use the little plastic discs for their tunes. For their part, Sony Worldwide Studios president Shuhei Yoshida has said that if enough people get upset and voice their opinions about the drop of functionality, they may just do something about it. Ahh patches, gotta love ’em. 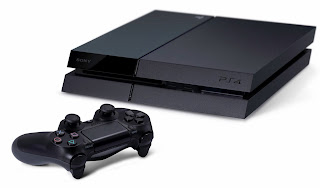