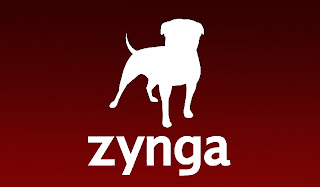 The big news from today was that Microsoft’s former President of Interactive Entertainment, Don Mattrick, would be making the move from the American giant to join the struggling social gaming developer and publisher, Zynga, as its CEO.

This is obviously a big win for Zynga, which has been hit by all kinds of redundancies and studio closures as it desperately works at finding a way back to profitability. Mattrick, who has also got 25 years of experience at EA, knows how to make successful products, and as controversial as the Xbox One launch was, he has also headed up an enormously successful gaming division this generation. It was Mattrick who indeed turned the Xbox 360 from a loss-leading exercise to a profitable division in its own right.

But as we do like forward-thinking and hypotheticals here at Digitally Downloaded, so let’s consider a little more closely what this announcement could mean for both Zynga and Microsoft into the more extended future. Specifically, let’s raise the question about whether this move will pull Zynga closer to Microsoft, if not highlight it as a potential acquisition target.

Consider this – Microsoft has been talking up the fact that it is seeking the entire family as its customer for years now. Kinect became the default “must have” device for casual dancers. Kinectimals went after the children. The promised TV features of the Xbox One target the dads, and games like Halo are there for the serious gamer. What Microsoft does not have is the kind of casual games that we once knew as “Facebook” games. Free-to-play titles like Candy Crush Saga or Farmville that Zynga was once the king of the genre’s empire.

Consider this next – Microsoft needed an “in” with the mobile phone business a few years back. A company willing to nearly exclusively partner with Microsoft to give the company an exclusive brand to go to market with to compete with the likes of Samsung and HTC that also produce Android devices. Microsoft found that in Nokia – another former king that had been dethroned as was desperately looking for a way to remain relevant in the new world.

Interestingly, Nokia inserted a former Microsoft executive, Stephen Elop, into the CEO role and in a move that surprised no one, Nokia announced it was going “all-in” with Microsoft. Now, being a fan of Nokia is essentially the reason for anyone to buy a Windows phone over an Android or Apple phone.

So let’s go back to Zynga. Here’s a company that is looking for some kind of security and has a ex-Microsoft executive as a CEO. For its part, Zynga offers something that Microsoft will consider desirable as it looks to reach out to the broadest range of gamers possible.

Just a couple of weeks ago news broke that Microsoft had indeed come close to acquiring Nokia. Who wants to start offering odds that something similar is going to go on over in the offices of the bulldog? At the very least I will not be surprised if Zynga starts throwing a couple of easily marketable exclusives towards the Windows Phone – a device that Microsoft needs exclusive gaming content on almost as much as Zynga needs to prove to the shareholders that it has a place in mobile gaming.

Drakengard 3 screens, art and a trailer you say? Do tell…