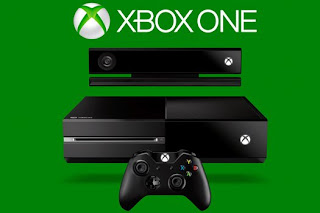 I will start right off by saying this one left me feeling much better about the direction of the Xbox One than Microsoft’s initial conference did. When one of their opening comments is “it’s all about the games” – well, I feel like is back on the right track.

About twenty games were shown off, including some new IPs – but perhaps the biggest reveal came at the end when it was announced that the Xbox One will be $499 in November. I would say that is the expected price, and it feels a smidgeon high at first – but considering what all you are getting with the Kinect, I would say that it actually is probably about right. It also gives the impression that there is a single unit coming out and not several different packages.

Now that I have touched on the end of the conference, I would be remiss in not mentioning the impressive beginning where Konami offered up Metal Gear Solid V: The Phantom Pain. This game had some cool ideas as an open-world stealth game, but the visuals stood out over anything else on display. The term when I was looking out at the horizon was photo-realistic and sort of ‘hit’ me the way Bethesda’s The Elder Scrolls: Oblivion did when back I first saw it on Xbox 360.

The new Xbox 360 that got put out today is meant to look like the Xbox One, but did not strike me as nearly as interesting as the announcements about Xbox Live Gold. It had already been announced that a single Gold account would cover the whole family going forward. Taking a page from Sony’s PlayStation Plus book, Microsoft also announced that two games a month would be offered up for free. The words used were “yours to keep” – so does that mean you can still play them even if you let your Gold subscription expire? The first offerings mentioned were Assassin’s Creed II and Halo 3. I have the latter, but not the former, so that is nice. These “free games” are popular, but a good deal older than some of what comes out for the PlayStation Plus at this stage. I am not sure if the future game offerings will be a bit more current or not.

The Xbox 360 did not get a lot of love up on the stage, though the above announcement likely helped, and World of Tanks certainly looked cool. There were some remarks about support for the Xbox 360 going forward, but Microsoft really did put most of its attention on the Xbox One, and for good reason.

Forza 5, Quantum Break, Crimson Dragon were all notable in that they looked pretty (which was all Crimson Dragon had going for it as no sound played – leaving the audio to be made up only of audience noise), but none of them really grabbed me personally. “Drivatar” is a term that just sits awkwardly on my tongue as I think about Forza 5,  continuing Microsoft’s tradition of ridiculous marketing terms in its presentations.

Ryse was an interesting show, if only because it looked great visually, but unfortunately it also appeared loaded with quick time events – something I am not usually a big fan of and would die off with the new generation. I have not seen anything on Ryse in a very long time – it was originally demoed to really show off the Kinect, but there was no integration of that sort shown on screen, leaving me with more questions than answers on that front. 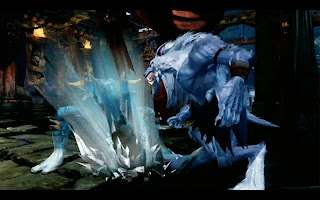 I like fighting games, but never really got into Killer Instinct. Still, it looked sharp, and is a title I have heard requested of Rare for some time now, so that should make some fans happy. What was kind of cool was showing off how the video recording and editing options will work while mentioning the partnership with Twitch.

I really did not get excited about Minecraft for the Xbox One. Sure – it is popular and has a zillion people playing it, but given its unique, almost minimalistic style, I find myself wondering what the Xbox One brings to the experience.

Insomniac really put a ton out there for us to take in when they introduced Sunset Overdrive, described as a “living world game”. The introduction was incredibly stylized, oozing cartoon violence while promising a wide multiplayer shooting experience.

Project Spark was one of the more interesting titles, looking like Microsoft’s answer to LittleBigPlanet, showing off the SmartGlass to show off how quickly you can develop a game with lots of environmental control and freedom. “We hope we sparked your imagination” and “think blank canvas” were a couple of the lines that stood out to me. The exit video showed games with 2D platforming, 3D track/marble racing, overhead adventuring and more. 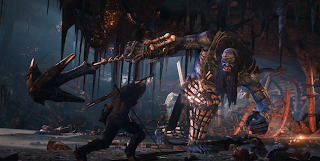 Witcher 3 looked gorgeous – not that I would have expected anything less. As an RPG fan, that was a lot of fun to see amidst the swarm of shooting games. Not that I dislike shooters – but Battlefield 4 and Titanfall really sort of blurred for me. Dead Rising 3 also did not particularly impress me – the first two games were dumb fun, but nothing that held my attention for long. Visually – they were all very impressive, with lots of sweeping landscapes in The Wither 3, plenty of explosions in Battlefield 4 and a ton of moving zombies in Dead Rising 3.

The Halo reveal was very cool. Again, it is another shooter, but it is generally safe to say that Halo has been a standout title for Microsoft, and that introduction and the promise of “blistering 60 frames per second” was indeed appealing.

I thought the last Microsoft conference was a bit of a disaster, and that its last couple of E3 showings were pretty weak too. That being said I thought this was an excellent overall showing thanks to its focus on games. One of its other earlier quotes: “Thirteen next generation titles you will only find on Xbox One” – felt right both before and after hearing it.

What were your thoughts? Did Microsoft redeem themselves from its last conference, or are you still left unconvinced? What resonated with you – and what fell flat? We would love to know.