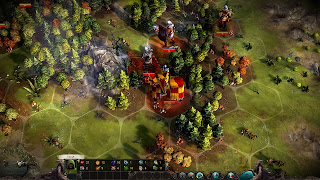 Let’s hear a cheer for Alexander Souslov, the man who wrote the manual for Eador: Masters of the Broken World. These days, most games are content to fob you off with a quickstart guide and a turgid tutorial. That’s not the case with Eador. The manual is extensive, useful and amusingly translated. It even contains a story about a kitten. It’s a happy throwback to a time when the documentation was an integral part of the gaming experience and, perhaps more than anything, it’s a sign that Eador’s developers have poured a massive amount of love and effort into their work.

At heart, this is a game that follows a familiar recipe: take one part King’s Bounty, add two parts of Might and Magic, season with a sprinkle of Total War and expose to raging hellfire until crispy. It’s a tricky balance: get it right, and it could sparkle like Dwarven mead. Get it wrong and it’s as stale as yesterday’s lembas bread. 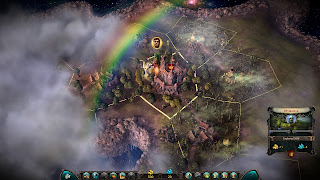 Thanks to little touches like that nicely-written manual, Eador manages to pull it off. Everywhere you look, a gleeful sense of excess abounds. The graphics are lush, the music inviting, the economic options broad, the role-playing meaningful, the campaign game extensive and the story entertaining. It feels like a game that you’ve played before – or, more accurately, like a mashup of several games that you’ve played before – but it does everything with such charm and enthusiasm that it’s hard to be unkind about it. Unfortunately, Eador has one significant problem, so a certain amount of unkindness is the reviewer’s sworn duty, but it doesn’t mean that we’ll take any pleasure in exposing it.

We’ll get to the faults in a moment but, for now, it’s time to offer an overview of how things work. The story goes thusly: the world has been shattered into shards, and it needs the intervention of a higher power (that’s you) to unite them and see off the forces of chaos. Or, possibly, to usher in a new era of suffering and damnation. To be honest, I’m hazy on how it’ll all turn out, as the game features 8 possible endings and takes between 30 and 120 hours to complete. Longevity certainly isn’t a problem with this game. 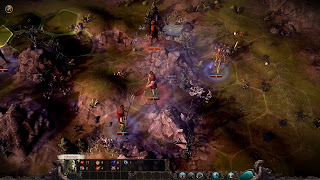 Each shard is a map in its own right, and conquering one leads to bonuses in the next, so there’s a reasonable amount of forward planning as you fight your way through the campaign. As each level opens, you’re presented with a gorgeous view of your citadel and a portion of the surrounding area. It’s your job to recruit some heroes, explore a bit, kill some monsters, build an army, overthrow the enemy hero and conquer their castle. It’s a tough task, and it’s only possible if you develop your realm using the extensive economic, military and magical tech-trees available. This part of the game is like Total War with a fantasy twist: expect much head-scratching as you decide whether to spend your limited resources on units, upgrades or equipment. There’s a tremendous amount of depth here but, to the game’s credit, it never feels overwhelming.

The role-playing element is provided by your roster of heroes. As in any good RPG, they start weak and grow as the game goes on. A hero’s main job is to undertake side-quests and conquer provinces by fighting on a chess-like, hex-based playfield. There’s not much variation to the combat – it’s typical turn-based strategy fare, and grind sets in after a while – but interest is provided by a wide roster of enemy units and the chance to try out your hero’s new skills and abilities. Luckily, experience points come thick and fast, so there’s always something fresh to try on the battlefield. 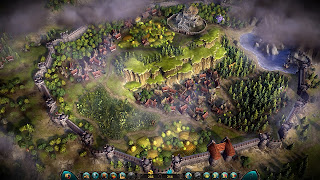 To summarise in a sentence: Eador is beautiful to look at, and it’s a thoroughly endearing game to play. However, there is a problem, and it’s all down to balance. After completing the 3-hour tutorial map, I plumped for the third of the seven difficulty levels, figuring that it would give me a reasonable challenge in my first proper game. However, starting resources were so limited that it was difficult to build any form of economy, and whole turns were wasted as my meagre income struggled to cope with even the simplest demands. After six hours, the game had reached stalemate, my opponent was growing stronger and my armies were too weak to press the attack. Regretfully, I abandoned the map and reduced the difficulty a notch, only to find that the new settings made everything slightly too easy.

Despite this, it’s unlikely that balance issues will hold Eador back for long. As usual, the internet provides a solution, and forums are filling up with strategies to overcome the initial difficulty spikes. Additionally, Snowbird are proving themselves to be a responsive developer, and patches will no doubt smooth things over for future players. I’ve decided to put my Eador campaign on hold until the game reaches maturity, but I know that I’ll return. In the meantime I’ll content myself with reading the manual. Have you heard the story about the kitten?