Mickey Mouse and Batman make their way back to consoles soon, Capcom is disappointed by Darkstalkers and Far Cry 3: Blood Dragon might be the best thing ever in today’s BG News Wrap.

It was actually a pretty exciting week with lots of great stuff to talk about. If things keep going this way, there isn’t going to be much in the way of ‘new and exciting’ to see at E3.

Maybe forget about Shadow of Illusion… 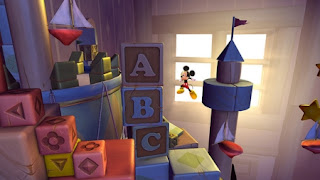 First up, Mickey Mouse is heading back to consoles in a game that is a bona fide classic – Castle of Illusion. The Sega Genesis/Mega Drive gem will have the same story as the original, but will be getting the full HD treatment with new graphics and sound in what’s to be a complete “re-imagining”.

If you’re a fan of platformers or Disney (or just good games), it’s hard not to get excited for this one. 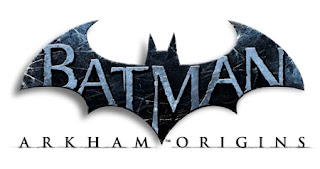 Well, okay it’s not a Year One game- but it’s certainly the closest thing to a ‘year one’ that we’re likely to see for the foreseeable future. Warner Bros’ announced this past week that Batman: Arkham Origins is on its way to consoles for release this Autumn.

The game is not being developed by Rocksteady (which makes you wonder what they’re up to…) but is being worked on by WB Montreal. As for the storyline- it’s right up Bat-fans alley with a young and relatively inexperienced Dark Knight coming face-to-face with seven of the world’s most lethal assassins on Christmas Eve in a snow-bound Gotham.

Also being prepped for launch is a 3DS and Vita spin-off of the series called Batman: Blackgate. Fans should recognize the famous Gotham City prison in this side-scrolling ‘metroidvania-style’ game that’s currently in development by Armature Studios.

Read more at this bat-link bat-fans.

Capcom isn’t smiling at all at those Darkstalkers sales numbers 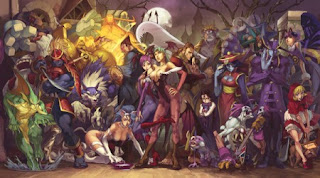 The publisher recently made some comments about not focusing on any more HD re-releases for a while and here’s one of the reasons why- poor sales.

Capcom’s recently released Darkstalkers revamp didn’t exactly produce monstrous sales on digital download platforms and the company definitely took note. Senior VP Christian Svensson even went so far as to say that he was “disappointed in the opening sales response” that the fighting game received.

While he won’t rule out future re-creations like Darkstalkers Resurrection, they might be few and far between from here on out.

Read more about why and what the future might hold for Capcom’s digital offerings here.

Far Cry 3: Blood Dragon – better than the game it converts?

I have to admit, Far Cry 3 bored me a bit. I didn’t find it as dull as FC2, but I haven’t really dug a Far Cry game since the first one on the PC (Jack Carver- come back please!). Blood Dragon however… now you have my attention Ubisoft.

Far Cry 3: Blood Dragon is essentially a total conversion of Far Cry 3. The ‘expansion pack’ actually doesn’t even require the base game to run and casts players in the chrome-plated cyborg parts of Rex Colt in an 80s drenched blast-a-thon.

Ubisoft has tossed every 1980’s action movie (and game) cliche into this one and it shows. It’s gloriously goofy, colorful, over the top, and even has veteran genre actor Michael Biehn (Aliens, Terminator, Navy Seals) in the lead role. Sold yet?

Get to the choppah (yes, I know that’s Arnold) and check out the trailer here.

By the way, where’s Biehn in the Expendables movies? Come on Sly, get it together and give the man a call!