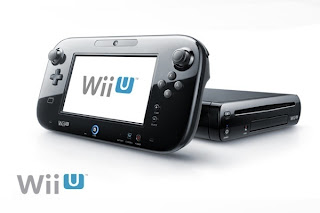 The launch of Nintendo’s latest home console in the market is but here. With approximately 500,000 console units pre-ordered in the U.S. nation-wide and 1.2 million pre-orders in software (that’s 2.4 games per console), the Wii U’s launch was clearly a market success story.

However the test is not over, and Nintendo is certainly far from warranting success at the finish line (or even midway, as of yet) – it is, in fact, only beginning.

I am very enthusiastic for the Wii U and I anticipate giving the console a go for myself (well, as soon as my poor wallet can endure such exploitation). Nevertheless, many factors come into play if we are to evaluate this console as a long-term success, and those mainly depend on how we see it fare a year from now – or looking even further on, three years from now. We saw the Wii fail dismally in backing up its initial promise, despite it being an interesting prospect for the market, and a repeat of this is what we must avoid with the Wii U, regardless of how optimistic a start it has exhibited.

First and foremost, we have a prominent obstacle for games consoles – audience. If there’s anything I have seen cause more of a mindless tumult than people debating whether bacon is best done crispy or chewy (what? There’s no argument here – the answer is “chewy” – ed), it’s the argument of what market a certain console adequately caters for in its majority. The blunt reality is that gaming is no longer the easy niche market it used to be ten years ago – there is no such thing as the “hardcore” audience existing in its lonesome any longer in this industry.

Pleasantly, this is something Nintendo acknowledged with the Wii by appealing to the new-coming “casual” gamer-types; unpleasantly, Nintendo also visibly lost sight of its original audience as a result of this, and ended up isolating its core market in the transition – a particularly costly move in terms of reputation, if not the balance sheet.

In the realm of gaming, a truly successful console is one that caters adequately to both ends of the gaming spectrum – that means consistently paying attention to the requirements of both core gamers and casuals. With the Wii U the main priority of Nintendo should be to focus on re-gaining the appeal of that core market, while not repeating the Wii’s mistake of abandoning the other side. With titles such as Assassin’s Creed III, Call of Duty: Black Ops II, New Super Mario Bros. U, Zombi U and Scribblenauts Unlimited launching with the console, it seems as though Nintendo has realised this as an urgency for its success.

However, the question is, will Nintendo keep this up?

Another significant hurdle for the Wii U’s impending acclaim lies in the hands of prospective developers on the console; that of exploitation. As is a familiar truism in the industry, a console is only as good as its games. The Wii U sports some stimulating hardware with its GamePad, and the opportunity is there for the console to fundamentally change how we play games.

The GamePad doesn’t present a concept as revolutionary or rebellious as the Wii did with its control methods, but that’s one thing that’s so congenial about it; it doesn’t deviate so much from the standard that it will be considered ‘difficult,’ by potential developers, as the Wiimote-Nunchuck combo was initially dismissed as. Furthermore, a lot of the GamePad’s ingenuity isn’t exposed in plain sight, and that is the playful challenge the Wii U presents to the minds of developers. The bare constraint for the controller is nothing more than imagination – and when that illusion of difficulty is overcome, it re-defines magic and dreams better than the musings of Walt Disney.

The problem the Wii U faces now is that nothing exceptionally ground breaking or imposing has been achieved with the GamePad yet. One could even go to the extent of saying that it’s near proposing itself as yet another intrusive gimmick. Of course, it is only early days – make that very early days – but the crucial time for which the Wii U will need to prove itself in another stance is already nearing.

The Wii U has seen itself acclaimed among developers as a more modern, budget-friendly and straightforward platform to develop for, which is something many developers do yearn for more of. Nevertheless, when all is said and done, only time can tell whether or not we see the console and its capacities effectively showcased in its affability towards developers.

Sadly the console does not double-up as a coffee brewer (actually, that would be a killer app right there), so the variety of the games line-up on the Wii U will determine who buys it and why. The Wii U is seeing itself a considerably diverse line-up so far with the randomly combined likes of Nintendo Land, Zombi U, Chasing Aurora, Spin The Bottle and The Wonderful 101 – if you look at these games closely, you’ll all see that they do something fundamentally different, and offer a more unique or out-of-the-norm experience in some respects.

In short, we’re seeing some notable experimenting and new concepts on the Wii U in ordinance with the possibilities the system brings to the table; this is something very constructive for the console, as well as the industry. No doubt we will be seeing some newfangled ideas find a successful home on the Wii U – and among all, nothing best defines a new generation more than fresh experiences and unseen novelties made possible in gaming.