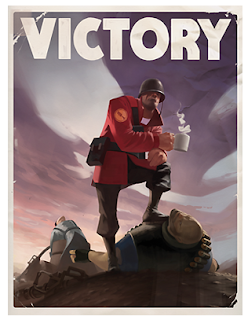 Ding dong, the witch is dead. The overlord has been slain. The counter-terrorists win. Ubisoft has announced that their always-online DRM has been officially scrapped.

In an interview with PC gaming website Rock Paper Shotgun, Ubisoft has confirmed that its digital rights management solution, which forced users to have a constant internet connection and limited how many times the user could install a game, will be scrapped forever. Technically Ubisoft had already scrapped its DRM months prior as the PC version of Rayman Origins did not contain any of the nonsense, but the interview with Rock Paper Shotgun was the first time that Ubisoft officially stated that it will not continue to use the aforementioned practices in their PC games. Here is the original quote from Stephanie Perotti, Ubisofts worldwide director for online games, confirming the end of the disliked and unsatisfactory practices;

We have listened to feedback, and since June last year our policy for all of PC games is that we only require a one-time online activation when you first install the game, and from then you are free to play the game offline.

To further illustrate the point, Perotti uses Assassin’s Creed 3 as an example;

So there you have it. People whined and complained about Ubisofts DRM being terrible and Ubisoft listened. And not only that, but they basically threw it out the window instead of repackaging it or working their way around the issue. I salute you, Ubisoft.