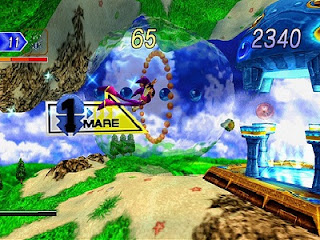 Fans of Sega’s digital re-releases, rejoice – everyone’s favourite flying purple jester is making a comeback. Sega announced via its blog today that the classic Saturn game, NiGHTS Into Dreams, would be re-released on digital platforms this fall.

The date of this announcement is also quite fitting. The original game is celebrating is 16th anniversary, having been originally released on July 5, 1996 on the Sega Saturn.

The HD remake will include several features, the most obvious being high-definition visuals and support for the 16:9 aspect ratio. However, there will be an option to play the game with the original Saturn visuals intact for those who want a more authentic experience. You can also look forward to the standard leaderboards, trophies, and achievements to further round things out.

It’s worthy of note that NiGHTS already received a makeover back in early 2008 on the PlayStation 2 (albeit only in Japan). The game had a remade mode to take advantage of the newer hardware as well as a movie viewer mode and several other additions. It’s unknown whether this upcoming digital release is a further enhanced edition of the PS2 version or a new re-imagining altogether.

Here’s what Sega’s Vice President of Digital Business, Chris Olson, had to say regarding the announcement:

“The SEGA Saturn offered many unique gaming experiences, and NiGHTS into dreams… stands out as one of the most recognizable titles that found a home on the system. We’ve gotten a lot of requests about this game over the years, and are very happy to be able to give both former Saturn owners and new players a chance to play it in its most beautiful form to date this fall.”

Check out some screenshots below, as well as the official announcement trailer.

Get a second chance at being shot in Max Payne 3