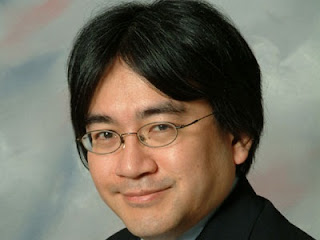 In an investor meeting that happened during E3, an individual asked Nintendo president Satoru Iwata how Nintendo would catch up and overtake the digital services of Sony, Microsoft, Apple, and Android devices. Iwata responded by saying that Nintendos solution to providing an online service would not quickly be able to do either of those things.

Originally reported on Computer And Video Games, Iwata believes trying to catch up to giants who have had years ahead of Nintendo would not be a smart move or a plausible one. “…I can’t sit here and say to you that we can very quickly overcome or catch up to other companies, which began to work in the online field from many years ago and have been building these online networks on other platforms, and I don’t think that would be a smart strategy, either,” was Iwatas brutally honest answer to the question.

Instead, Iwata heavily hinted that Nintendo is aiming to make Miiverse, Nintendos planned online service for the Wii U, a more social experience than those found on Xbox Live and Playstation Network. “I think that what we see in terms of online gaming networks on existing dedicated gaming platforms is not particularly well suited to the approach Nintendo has taken,” said Iwata, which he later followed the comment up by saying, “We think that one fun area of possibility, as we have discussed, is for people not just to enjoy the games but also communicate with others about topics relating to the games. We also believe that the ‘Miiverse’ will serve the purpose of giving people an opportunity to discover other games that they haven’t yet started playing.”

Iwata ends this question on a rather odd note; “In other words, please think that we have built an integrated recommendation engine into the Wii U system’s main menu screen.”