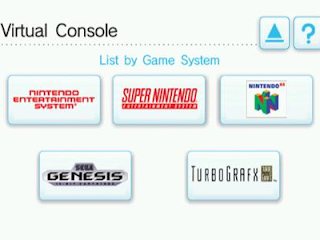 While digital downloads save time and are easy to activate, one concern keeps popping up among the consumers; what happens when it is time to move on? Whether it happens to be a hardware failure or the natural time for the technology to kick the bucket, people want to know what will happen to their megabytes and gigabytes of content contained on their electronic devices. This issue has partially been solved by account-based downloads, where entering an account on any variation of the same device will enable the user to re-download their old data. However, Nintendo did not consider this option when creating the Wii, which still uses hardware-based downloads. Many have complained about this aspect and justifiably so; while Nintendo makes strong and lasting consoles, every piece of hardware is not full-proof. While not common, its not difficult to find stories of people damaging their Wii consoles and loosing every Virtual Console and WiiWare game they owned. Thankfully, Nintendo appears to be resolving this problem with their next console, the Wii U.

In an interview with ABC News, Nintendo’s Executive Vice President of Sales and Marketing, Scott Mottiff, Virtual Console games purchased on the Wii will be transferable between it and the Wii U. While not specifying how the transfers would work, Scott Mottiff did state that each individual who used a single Wii U console would have their own accounts, with his exact words being, “You will have an individual account based system. Each member of your family might have their own account.”

Beyond that, Scott Mottiff did not say anything else. He did not mention how the Virtual Console games would scale to the HD-output of the Wii U as compared to the SD-output of the Wii,  nor did he mention if Virtual Console Handheld games would be supported in the transfers. This silence leaves the whole concept still vague, but it’s good to know that Nintendo will not leave Wii owners in the dust when it comes to preserving their digital downloads.