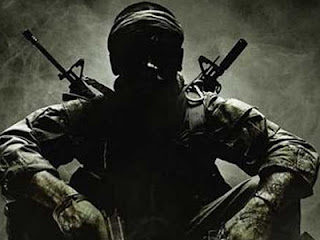 If you’ve been living under a rock for the past 7 years, here’s the short story; remember that Call of Duty game? You know, the World War II shooter that was ever-so-slightly like Half Life, only with clearly defined levels that weren’t a straight, 100 per cent continuations of each other? Imagine 7 more of those games being made every following year since 2006, only add quasi-RPG elements to the multiplayer mode and Russian/ al-Qaeda-like villains from the fourth iteration up and you’ve basically got the annual Call-Of-Duty party where Activision throws another billion dollars into its football field of money.

And for everyone else, the shorter story; Call Of Duty: Black Ops 2 was just revealed through a trailer that was shown during the US NBA Playoffs. The trailer includes an old guy, robots, guns, explosions, a few shots of a slightly Deus-Ex-Human-Revolution-like cityscape, and horses.

Seriously though, I am interested to see where Treyarch takes this title. One of the most limiting factors of the Call Of Duty series is that it has forced itself into a position where it wants to be realistic even though it throws the player in ridiculous situations. The story also looks to be more than a simple “they’re evil!” affair as well, bringing into the fact that humanity screwed itself over by not thinking about the long-term instead of the short-term with the whole “what happens when they take the keys?” bit. But let’s be serious; we all want to play with the the future technology that’s sure to be in the game. Here’s my personal wishlist; a laser rifle, a bionic tiger, and a beam-knife.

If I can fight a bionic tiger with a beam-knife while riding a horse equipped with a laser rifle, I will seriously consider nominating Black Ops 2 as my Game Of The Year for 2012. I am dead serious about this.

Call Of Duty: Black Ops 2 is planned to be released November 13th of this year (2012) and Digitally Downloaded will be covering the game if not reviewing it.

Assassinate these new screens from Dishonored