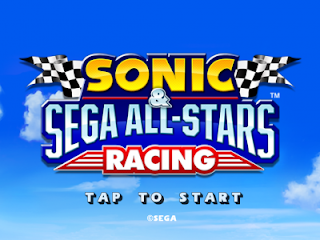 Sonic and All-Stars Racing Transformed may be on the horizon, but that hasn’t stopped Sega from updating a current version of the game.

The chief among the list of updates has to be the inclusion of two new playable characters form Sonic’s universe: Knuckles the echidna and Shadow the hedgehog.

For the other smaller additions see the official description from the App Store:

Quite an update, no?