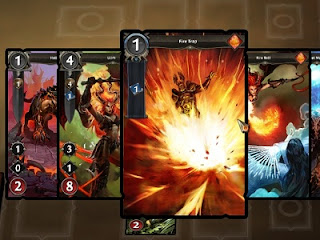 Uh oh. This is going to be a time sink and a half. Ubisoft is releasing a digital CCG for PC and iPad based on its awesome Might & Magic universe.

Ubisoft, of course, already has a successful CCG on the iPad based on the Assassins’ Creed universe so we’re quite hopeful they’ll nail this one too. It’s currently being tested via a beta in France, but the rest of the world will be playing along soon.

It’s free to play, though like any CCG, it’ll become expensive for those players who want all the good cards and need to keep visiting the shop to buy card packs. Still, with some nice artwork, what worked for Magic the Gathering could well work for Might & Magic Duel of Champions. The fantasy setting of the Might & Magic universe is certainly the right place to start for a CCG.

The 2012 apocalypse comes in the form of a puzzle game