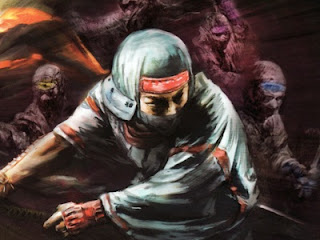 Shinobi is one of those franchises with a reputation for being incredibly difficult, and as such it’s a franchise that has a small group of very fanatical followers. Those followers should be happy to know that Shinobi on the Game Gear has held up fairly well all these years later.

Coming to this game for the first time (having never owned a Game Gear), Shinobi is indeed still a challenging game. It’s short, which is a God-send really, because there’s a lot of game over screens and restarts involved. There are five worlds. The first four can be attempted in any order, and defeating the boss of each of those worlds will unlock a new ninja to take to battle. Starting with Red, the little team soon resembles a Power Rangers unit, with green, blue and yellow ninjas all joining the party, each distinguishable only by their colour.Each of those ninjas brings with them a slightly different play style and special power, and you’ll need all of them when it comes time to take on the climactic final world and boss battle. 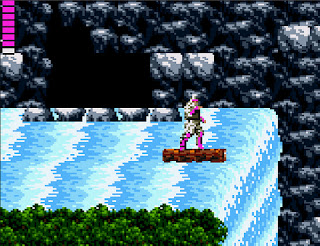 Levels look good for such a primitive game. The colours are used well and level design remains interesting throughout. One of the benefits to having such a short game is that it doesn’t allow repetition to set in, so at no point will players feel like they’re not making progress. Music’s another matter entirely and the buzzing noise that fills the ears is as irritating as a fly buzzing around. There are some early handheld games that had memorable music compositions. The Game Gear is two from two failures from what I’ve played so far.

Presentation aside, the gameplay itself has a few issues, but anyone who grew up on Shinobi, Ninja Gaiden and other hardcore side scrollers like Mega Man and Contra will likely dismiss these. The biggest problem is that enemy patterns are predetermined. Bad guy A will always jump out of the water at point B. The first few times that happens, it’s brutal. The “surprise” jumping enemies will fly on screen out of nowhere and are almost impossible to avoid. As the ninjas only have very limited health, it doesn’t take long to die the first time. By about the fourth time though the levels become quite a lot easier as you’ve memorised 90 per cent of what they throw up at you.

Boss battles are much the same deal; memorise some very unfair, cheap, attack patterns and then use that memory to get through. All this makes for a “hard” game – as I said at the start, I saw a lot of game over screens playing through this – but I have never believed that being successful at these kinds of games ever relies on skill. There’s simply no way to avoid taking damage and losing lives as you explore a new area, and ultimately finishing this game relies more on patience and dedication than skill.

That’s not to say the game isn’t fun – it’s quite an enjoyable game for what it is, but it’s not a game that is mentally simulating or requires precision. You just need to hit Shinobi with the attitude that you’ll need to pick yourself up, dust yourself off and try again. Do that, and you’ll get through fine.

A spectral visitor for Girl Fight