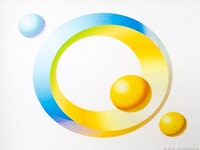 Music Unlimited highlights the real potential the Vita has to become an indespensible daily-use bit of technology… and it’s not even a game.

Sony has slowly and relatively quietly built up its cloud music service into something that presents genuine good value. For $Aus13/ month for access to the premium service (and Sony gives a month’s free trial to top that), users get access to an entire (and extensive) music library. Provided you’re in a Wifi zone, you literally have access to almost any song you can think of.

Proof’s in the pudding, as they say, so I tried my best to beat the system. I started with one of the best niche artists ever: Sisters of Mercy. Yep. Their music catalogue was indeed there. Norwegian pop princess (briefly, anyway), Lene Marlin? Sure thing. Of course, Placebo’s brilliant album, Without You I’m Nothing is there, Bjork’s library is there in force, and the only slight slip for the service was a portion of Godspeed! You Black Emperor was missing. Even the more underground harder bands that I know of, such as Obituary, was available for your listening “pleasure.” Truthfully, I was able to find almost every single song I could think of that I liked.

(For the record, Sony claims there’s six million songs on the service. That seems very likely to me) This is backed up with a very, very clean interface on the Vita that makes it very easy to search for music, and add it to your personal library. From there you can create personal playlists from your favourite songs – a straightforward setup that will have you running your personal “best of” albums within literally minutes.

But what if you’re not sure what you want to listen to? Music Unlimited has you covered there, too. There’s “channels,” based around a massive range of themes that should suit whatever mood you’re in. I’m not a big follower of classical music, but I like having it as background music when I’m working. Having 100 different classical songs cherry picked by Sony made setting up my ambient work music very easy indeed.

Now, there are things I would like to see added to Music Unlimited to make it an even more essential service. The social networking side of the software is pretty terrible, in that it’s non-existent. Last.fm has proven how popular music social networks can be, so it would be good to see Sony integrate Music Unlimited with Facebook, Pinterest or Twitter.

Perhaps that will come in time. The point is that for almost any music enthusiast, Music Unlimited is a hell of a service to add to the Vita. Sony’s powerhouse is already doing a brilliant job of straddling the line between the dedicated gaming of, say, Nintendo, and the features/ services available on Apple’s devices.