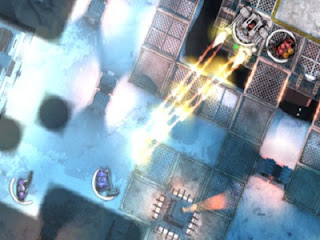 Rodeo Game’s Hunters 2 is a brave attempt at doing the tactics RPG style and throwing in a few fresh elements to the mix. Unfortunately it is up against some really, really tough competition, such as Call of Cthulhu: Wasted Land and Battle Academy.

It falls short, but only just. A couple of things let this game down, though the main one is easily the presentation. The top-down graphics lack personality, and there’s a few too many grammatical errors in the text for a genre that really does rely on its characters, personality, and story. Especially when its competition includes the tense horror atmosphere of Cthulhu or the sweeping, realistic battlefields of Battle Academy.

The interface also lets the game down. Enemies drop loot with a regularity that would make an MMO blush. Unfortunately, when it comes to sorting through all that loot after the end of a mission, there’s far too much tapping to figure out what loot is worth keeping for each character. Between missions there’s a shop, as well as the ability to forge your own equipment. There’s two different kinds of missions, too – one is a set story mode, and the other is a “daily” contract (because you play as mercenaries in this game, see?). The menu system that holds all these options is a little confusing, though, and more casual players are not going to get into this at all. 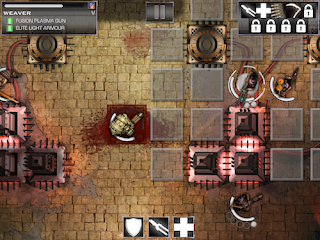 That said, Hunters 2 does a lot to admire. For a start, it’s a game that can be very hardcore indeed. Players are able to play the game like Fire Emblem, in that characters that fall in battle are dead for good. Backing this up is a challenging difficulty that will test even strategy veterans. Characters gain experience levels, and upon levelling up there’s full skill trees for each.

The missions themselves are a fairly generic bunch – protect person A, reach area B, but the strategic depth to these missions is sound, with fog of war and limited action points per turn forcing players to think on their feet. There’s a variety of standard weapons to take into the fray, from melee to shot guns and sniper rifles, and they all have a fair balance to them, giving people the leg room to make some personal preference strategic decisions.

Those daily contracts is the real winner for the game, though, giving it a potentially unlimited replay value. Like the best MMOs there’s always better loot to grasp for, and those daily contracts allow for players to grind their way to those better bits of loot. Get hooked on this game, and it could well last longer than anything else on the iPad.

In the end, though, Hunters 2 is a very standard tactics strategy game. With a rather bland setting it fails to stand out from some of its competition. It’s unfortunate because some of the gameplay ideas within it are very sound, it’s just too hard to get into.

Review: WWII: Battle Over the Pacific (PS2 Classics on PS3)