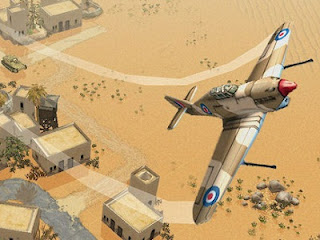 If there’s one genre that is really lacking on the iPad right now it’s the serious wargame. A few small indie projects aside there’s not really anything that stands up as a beacon of the genre to attract the grognard fireflies to its warm glow.

Battle Academy changes that. A premium priced game from niche publisher, Matrix Games, it’s amusingly one of Matrix Games’ most accessible wargames, and yet the most complex strategy game on the system to date. As such, it’s a good introduction to the grognard genre, and we can only hope that this acts as a gateway drug for Matrix’s more complex games making the move to tablets (Advanced Tactics, please Matrix!)

It’s accessible in no small part because of the presentation. There’s a lovely art style to the battle maps, campaigns are introduced via comic book-style cut scenes, and the tanks and military units have a nice historical authenticity about them. The BBC license helps here too, giving the game a historical weight that many will find appealing. 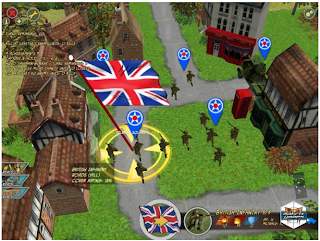 On the field the game has the look of a turn-based tactics game, like the popular Advanced Wars, or even rival iPad game, Call of Cthulhu: Wasted Lands. Unlike those games though, maps can be (and often are) massive, sprawling affairs, and capturing multiple locations is required for victory. Despite the size, the game runs well even on a first generation iPad.

The interface is likewise accessible, despite the complexity that it offers. Just about everything can be achieved through simple taps and double taps, and the game has a very useful tutorial mode that gets you started. What the tutorial won’t do, though, is make you good at the game.

Battle Academy has the AI and scenarios that will potentially destroy you, even on the very first mission. This is because, rather than charge in all guns blazing, you’re going to need to use a few real-world military strategies to succeed. Suppression fire, for instance, is something that will get heavy use. There’s airstrikes to call in, buildings and towns to fortify yourself with in, recon units and APCs to make use of. Players are able to choose most of the units in their armies at the start of each mission, so there is some room to vary tactics, but the AI can, and will, pounce on any weaknesses. 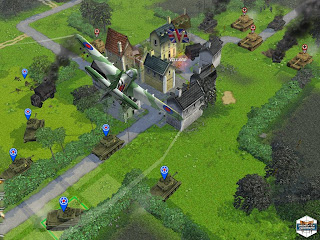 This is not a bad thing; hardcore military wargames are designed to be challenging, almost to the point where they become a puzzle like a good chess game is. They aim to engage deep thinking and reward clever strategy.

And Battle Academy can be very, very rewarding. Especially through its really excellent play-by-email multiplayer system that allows you to play a game over a few weeks or even months with other players, who don’t even need to be online at the same time. It’s possible to juggle multiple games simultaneously thanks to a superb lobby system, too. Really, when you buy this game, you’re buying into the excellent, competitive, online environment, and it looks like a healthy community at this stage.

The one real problem facing Battle Academy is its cost. Though I admire Matrix for pricing the game at a fair price point for the content it offers, it’s still a tough sell in a market that is weaning people to buy games for $0.99, and then sell them $100 worth of virtual goods. Worse, there’s DLC costs involved too to access some of the additional campaigns, and the actual price of the DLC isn’t made very clear.

In the end though, for fans of strategy games, this is an essential purchase. Matrix has seen some good, early success with the game, so hopefully it means that some more of its back catalogue start making the move to the iPad.

And don’t forget, Battle Academy is also available on the PC and Mac.

UPDATED: Another body blow for GAME