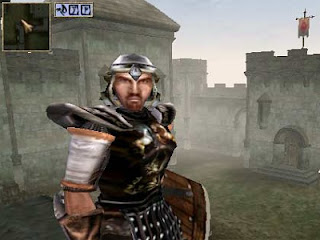 So, the rumours out in the Internet are claiming that there will be an Elder Scrolls MMO announced in May.

And here are five reasons I reckon that will be up there with the dumbest ideas yet in the games industry:

1) The atmosphere would be ruined

Elder Scrolls games have always been about atmosphere; building what feels like a living fantasy world, complete with exotic cultures, architectures and with that wonderful music backing up to create a vibrant videogame equivalent to Lord of the Rings. That would fall to bits the moment you wandered into a city to be spammed by townsfolk saying something along the lines of “1K GOLD FLAMING SWORD LOL!11one!!”

That’s not fantasy. That’s not epic. And that’s impossible to suspend disbelief with. Everything that is so carefully crafted in Elder Scrolls games would be instantly ruined. 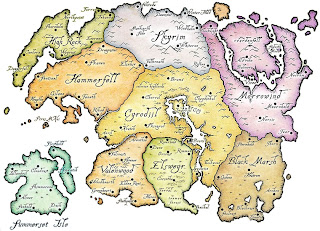 It’s mystified me to see people ask for an Elder Scrolls MMO. Yes, to an extent there’s some similarities between the Elder Scrolls games and MMOs. There’s fetch quests. There’s a heavy focus on killing big boss monsters. And there is a levelling system that is fairly similar.

The great difference is that every MMO I’ve ever played, from World of Warcraft to Final Fantasy XI and Guild Wars, has set its quests up to be self-contained little adventures. Do the quest, collect the reward, move on to the next one. 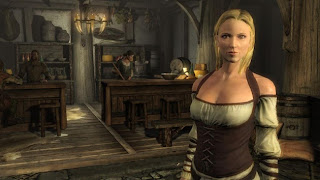 I’ve spent hours at a time just sitting down and reading the hundreds of books that lie around the world of Skyrim, and Oblivion and Morrowind before that. I’ve never read a single book in an MMO. I can’t even remember a single conversation I’ve had with a NPC in those worlds.

But it’s the books that make the modern Elder Scrolls games so special. Over the years Bethesda has built up a wonderful lore and sense of history about its games, and that makes them the experience they are. An experience that leaves the lesser RPGs in their dust, and makes games like Kingdoms of Amalur challenging to compete.

But no one is going to read the books in an Elder Scrolls MMO. There will be more incentive to go out and grind some loot. The game will be working hard to convince people not to care about the world Bethesda has so carefully built over the years. It’s a disconnect that I can’t see be resolved.

We all forgive Bethesda for its bugs because the games underneath are amazing. This won’t work in a MMO. People expect a stable experience with their online games. I’ve known people to give up on an MMO as a result of a single failure. After all, there are a lot of other MMOs out there. 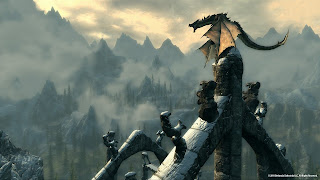 Bethesda don’t know how to make a game without nasty bugs and crashes. And it’s up against some very good, stable games in the MMO category. I don’t see it magically putting together a flawless game now, either.

5) It’s not going to be an Elder Scrolls game, not really

Bethesda is, according to rumour, setting this game before any of the other Elder Scrolls games. Now, I love a good prequel as much as the next guy, but often as not the prequel is an excuse to forget everything that has happened since in the game’s timeline, and start fresh.

So what are your thoughts? Would you like to see an Elder Scrolls MMO, or would you rather May be an announcement of a single-player Elder Scrolls VI. Let us know in the comments below!

Discussion: Is Kickstarter the future?