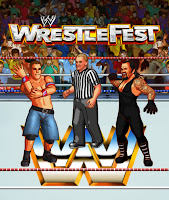 THQ brings home all the action of the classic arcade brawler/wrestler to the iOS. Snap into a Slim Jim!

I think I just mentioned Wrestlefest in my Simpsons Arcade Game review, and here it is in all it’s glory. Basically. Sort of.
The main difference between this and the classic quarter muncher that you remember from the corner pizza parlor is that this isn’t the WWF, it’s the WWE. In a nutshell, that means that there are current Superstars mixed in with the Legends. You’ll also get more match types as well, and even a Road to Wrestlemania mode to battle through.

Faithfully recreated in line with the classic arcade experience, WWE WrestleFestwill provide players with a notable roster of current WWE Superstars and popular WWE Legends, including John Cena®, The Rock®, Randy Orton®, “Stone Cold” Steve Austin®, Undertaker®, Jake “The Snake” Roberts™ and “Macho Man” Randy Savage ™. They will explore arcade-style WWE action across a variety of match types, including Royal Rumble®, Tag Team, Gauntlet and Steel Cage, while competing in a number of renowned arenas like Raw®, SmackDown®, WrestleMania® and Saturday Night’s Main Event®. The Road to WrestleMania progression-style mode will encourage players to select a WWE Superstar or WWE Legend and compete in a series of challenges to win five different WWE Championships, while wireless connectivity through Apple Game Center will enable them to issue multiplayer challenges.

If a little ‘new’ with your ‘old’ is aces by you, then get ready to re-live your childhood. Wrestlefest is available now on the App store for $2.99USD (iPhone) or $3.99USD (iPad) – nope, it’s not a universal app. Bummer.
The game will also sport a robust DLC system. That also might be a bummer depending on how ‘old school’ you are. Personally, I’m always a tad wary of games that have an inordinate amount ot downloadables. It just plain old makes me think that it could have shipped as more of a complete experience. Still, you actually do get a decent amount of wrestlers and arenas to start off with… and Stone Cold is there right from the jump, so I can’t complain too much I guess. Here’s a taste of what’s to come (no pricing yet):

Definitely not a bummer? Wrestlefest is in the works for Xbox Live Arcade, Playstation Network, Android, and PC. No release dates yet, but expect all of ’em this year. 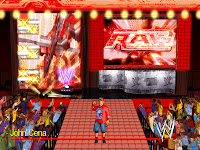 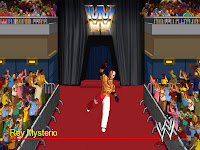 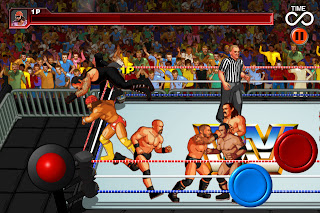 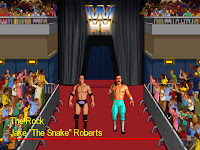 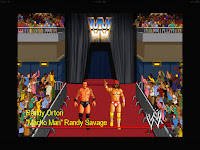