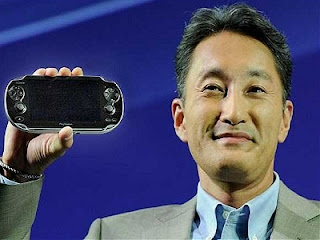 A $US2.9 billion loss. That’s what incoming Sony CEO, Hirai, has to deal with when he takes the helm from Sir Howard Stringer.

That loss is greater than had been anticipated. The electronics giant posted a $1.2 billion operating loss for the normally lucrative Christmas season in 2011.

Now, a lot of Sony’s recent problems are not of its own making. There were no fewer than four catastrophes that hit the vendor in 2011. There was an earthquake and tsunami that affected Sony’s operations directly. There was a costly hack of the PlayStation Network. Then there was floods in Thailand right before Christmas, which temporarily crippled the hard drive business, and cost Sony a fortune in the process.

Then, through the whole year was the problem of the Japanese Yen, which is far too high to be a good thing for a Japanese business that makes most of its money from exports, and Sony has also been battling downward pressure on the price of televisions, which has ripped the margin out of that previously lucrative business.

There’s a good (albeit critical) assessment of the situation over at Yahoo news: http://news.yahoo.com/sony-disappoints-1-2-billion-quarterly-operating-loss-061843906.html

That report does hold some positive expectations for Sony in the next financial year: “Sony aims to make an operating profit of about 200 billion yen, halving its TV losses and operating at a 5 per cent margin.”

Sony is not the only Japanese company struggling – in the technology space they all are, almost without exception. Sony has been hit harder than many because of the plan Sir Howard Stringer had used his tenure to put in motion.

Stringer has, in my opinion, done a good job of setting Sony up to return to profitability. He has continued to invest in Sony R & D. He has brought Sony’s disparate digital content services into a centralised platform that rivals iTunes for quality. And before all the disasters of 2011 had hit, Sony had indeed predicted a return to form.

It’ll be interesting to see how Hirai executes on what Stringer left him.