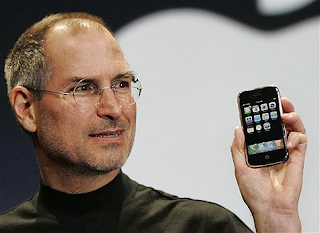 Many would think, given how influential it is, Apple would be the biggest phone vendor. It’s actually not (given it only really has one “new” phone on the market at a time, that’s actually not that surprising), but it’s getting closer.

Analyst firm, IDC, has found that thanks to record iPhone sales, Apple has overtaken ZTE and LG to become the third biggest phone vendor in the world.

The year-over-year growth for Apple was 128.4 per cent, a staggering growth that is well ahead of the competition. The second fastest growing phone vendor, Samsung (the second largest phone vendor overall), only managed 20.9 per cent.

Given the well-publicised company difficulties, Nokia is actually still the world’s largest phone maker, and is propped up by the emerging markets, where its cheap handsets still sell very well. Despite that market, Nokia did experience a 8.2 per cent decline in handset sales for Q4 compared to the same period last year.

Is anyone going to be able to stop the Apple train?

Sony’s new CEO, Hirai, has a big turnaround project on his hands