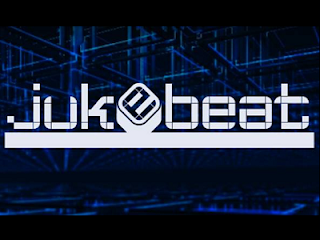 Bemani aren’t the most well known of players in the music game genre in the west. Acting as Konami’s official music game division, they’ve developed a number of big titles such as the Dance Dance Revolution series. Sadly, most of their other titles have remained Japan-exclusive with the odd exceptions, one such exception being Jukebeat. Starting life in Japanese arcades back in 2007 as Jubeat, Konami took the decision to bring the series to the West as a free iOS game last year and it proves to be an odd but rather enjoyable title.

The game’s premise is simple. You have a 16 square grid, arranged in a 4×4 manner and markers will appear on the different squares in a set sequence, which you have to press when they appear to score points. The closer it is to the edge, the more points you get and pressing too quickly or slowly will result in you losing points, not unlike the arrows system in Dance Dance Revolution. You’ll have to be quick with your reflexes though, as the markers don’t hang around for long and they can pop up anywhere across the screen. 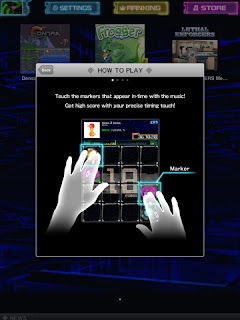 Once you reach the end of the song, you will then be given a rank, from E at the bottom to A, with the pass level for a song requiring a C grade at the least. Over time, you’ll also build up your bonus counter, which is determined by how well timed you were at hitting the markers when they appeared. It may all seem fairly basic on paper but what you’ll find upon playing for the first time is a rather enjoyable little gem, one which will keep you coming back for more and fits nicely on the platform.

All songs have 3 difficulties available, Basic, Advanced and Extreme but here lies one of Jukebeat’s main problems. The game is not exactly a walk in the park, as even playing songs on basic difficulty presents a challenge at times. This may not bother more experienced players who enjoy a challenge but Konami could have done more to make the game more accessible for more casual gamers, which is rather annoying.

The other big problem for the game is content. There’s nothing else available to do outside of the main game such as additional modes to help keep things interesting, which is rather disappointing. On top of this, there are also only 3 songs are available initially, coming from Contra, Frogger and Lethal Enforcers and all of which have been subject to an electronic remix. Considering though that Jukebeat is free and there are downloadable song packs available for £2.49 each, this is much more forgivable. 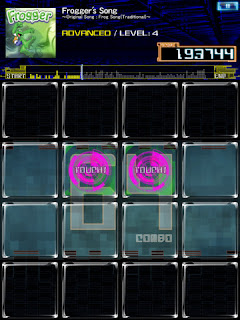 Like most modern music games, there’s a good number of song packs available for purchase through the in-game store, with more possibly on the way in the future. (Currently at 20). Each contain 4 songs between them and there’s a large range of music to choose between, from licensed tracks by the likes of Lady Gaga, Gloria Estefan and Cyndi Lauper to a wide range of Konami originals, which cater to a wide variety of tastes.

Graphically, the game is quite a colourful affair, which suits the style of the game pretty well most of the time. You also have a number of customizable options, ranging from a set of different markers available to choose from, different themes for the main menu & choice of background colours. There’s nothing terribly exciting here but it’s still a nice addition to the game nonetheless.

Overall, Jukebeat is an interesting little title and one which proves that Bemani are still a fighting force in the rhythm genre. While it may get repetitive at times and the difficulty may be off-putting for some gamers, the game is great in short bursts and those of you who are willing to take on a challenge will find a lot to like in Jukebeat, it’s one game which comes recommended.