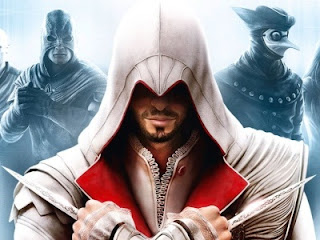 I can’t say I was exactly surprised to see the announcement that Assassin’s Creed III would hit shelves this year. Ubisoft has clearly decided that a yearly release schedule suits the franchise best, and it’s running with that.

I can’t say I was surprised, but boy was I disappointed in the news. This series really does worry me now.

Having played (and intensely disliked) Revelations, I really do wish I could walk into an Ubisoft board meeting and point out to these guys that massive open world games don’t just happen (and play well) overnight. The strain on putting together a game of the kind of scope that Ubisoft expects from the series showed in Revelations when no less than six studios (from all over the world, no less) were pulled into the project to get it out on time.

Things go wrong when you try and rush a big project, and rely on multiple big teams literally a world apart to put the jigsaw puzzle together. What you get is each team working on a small space in the overall jigsaw, and you run the risk of having the teams accidentally pick up the wrong set of puzzle pieces. Then when it comes time to put the last pieces of the jigsaw together, everyone realises that they’ve stuffed up badly. 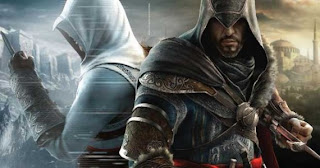 This happened with Revelations. There were points in the game where what was going on felt so disjointed that it was hard to tell you were playing the same game that you were a few minutes before. There were so many ideas being thrown at the dart board that some missed their marks, and badly, and the scattershot yielded few bullseyes.

But more critically, when you’ve got so many different, disparate groups working on a project, it’s almost impossible to have a single cohesive vision for what the end product should look like. There’s a reason a film has a single director, or a book has a single author. Having six creative teams working on one game is the very philosophy of too many cooks spoiling the broth put into practice.

What does all this talk about Revelations have to do with Assassin’s Creed III? Ubisoft has given the project one year, which means it’s entirely possible the game will run into the same problems as the previous game. 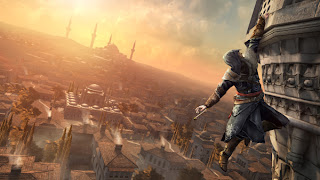 No doubt it’s going to be a big, ambitious game, and as a “proper” sequel, with a whole extra Roman numeral attached to it, the pressure will be on to come up with a wholly new story and wholly new lead characters. That all takes time and creative energy above and beyond what Ubisoft would have seen with Revelations. So, as the fifth game on the HD consoles, the Assassin’s Creed formula is in danger of becoming tired. At a time where the developers need time to set back and decide on a path to the future for this series, now was not a time for Ubisoft to commit to a release schedule that is, if anything, more demanding.

Rockstar takes its time between GTA games. Bethesda has years between Elder Scrolls games. There’s a reason for that – the only way to prevent these large, open games from becoming tired is to have that development time to work on different ideas. And where those games have managed to bring something new to the table each time, the Assassin’s Creed formula changes about as much as a roster refresh sports game. For anyone but the fanatical, that’s just not going to justify another purchase.

What are your thoughts? Do you think Ubisoft is being too aggressive with release schedules for this series? Let us know in the comments!