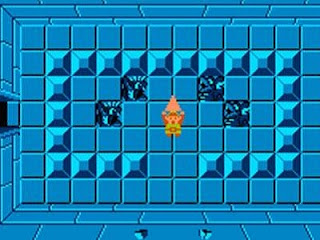 It’s hard to play the original The Legend of Zelda. The game does a terrible job of being playable. At yet, it’s impossible not to respect the game that kickstarted one of Nintendo’s most valuable properties.

The game starts and then dumps a couple of pixels called “Link” on a overworld. From a top-down perspective, there’s some sand on the ground, some trees lying about, and a black hole that looks like an approximation of a cave entrance.

With no tutorial, and no weaponry, progressing off the screen in any direction is suicide. Aside from that first screen, the game is filled with monsters, around every corner, and they’re all quite deadly. In an era before in-game tutorials, Nintendo relied on your sense of wonder and exploration to walk into that first cave. There was a sword waiting for you in that cave, and though it didn’t make the game easy, it at least gave you a chance. 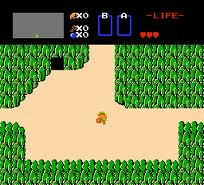 And that set the tone for the rest of the game. It contains dungeons, just like all later Zelda games, and requires some lateral thinking to solve some of the puzzles (though naturally, they’re nowhere near as intricate as later games in the series). With a complete lack of hand-holding to the point where the game does a terrible job of directing you to the next objective, the only way to solve this Zelda is through experimentation and trial any error.

So, philosophically, this game is actually closer to the likes of Dark Souls than later Zelda games, and in many ways that makes this Zelda the most pure, and the best example of the series. There’s a certain joy to solving the puzzle of a game. Overcoming some insurmountable odds, killing that unkillable boss, surviving a deadly dungeon. That is really, what a fantasy game should be, an encouragement to explore a world and deeper connection to the world by being held personally accountable to what happens in it.

That said, the original Zelda is going to be lost on any modern gamer, to whom it will seem obscenely difficult and unfairly obscure. There’s also very little reward to the game outside of the imagination; the primitive graphics don’t inspire a primal sense of awe like Skyward Sword was capable of, and the landmass is tiny; a massive difference to the open scale wonder that Ocarina of Time first inspired. 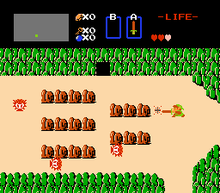 At least the classic Zelda ditty is there, and 8-bit or not, that tune is incredible.

In every other way, the original Zelda is an inferior precursor to the later Zelda games. There’s fewer items to collect, there’s less of a story, and there’s even fewer side diversions than usual. It’s still worth playing, though, for anyone a bit nostalgic, or anyone who hasn’t played it before and wants to understand Zelda’s roots.

I will say this is parting: give the game a solid hour before deciding whether it’s worth coming back to/ playing for the first time. The primitive nature of the game makes it one that has become a slow burner, but it does grow on you. By conclusion you are likely to consider it one of the best Zelda games of all time.