King Arthur II is right around the corner now (did you preorder?) and developer Paradox wants to school you on the ancient ways of magic and miracles- oh, and we’ve got some new screens too.

Getting down and dirty in details, future heroes of Britannia will finally get a thorough explanation of what they can expect on the battlefield, including the use of the newly introduced Magic Shield, helping players fend off their opponents’ magic attacks, and the use of strategic locations that, once captured, can bolster a player’s defenses. The use of magic while in battle is also described intimately, detailing the types of magic available and how and when it can be cast. 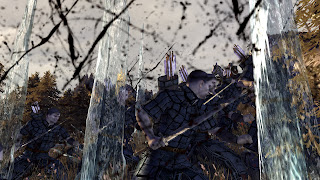 Some of the more powerful spells require time to be fully activated and they can’t be cast while the hero is involved in melee combat. When an enemy hero begins casting such a spell, you will receive a notification. And here comes the best part: spells and skills that have a casting time can be breached! If the caster is interrupted while activating the spell or skill, he won’t be able to finish it. He stops weaving the spell, and while it won’t have any effect the spell’s Mana cost will still be lost. 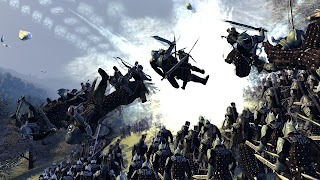 Want more of an explanation for the new magics at work in Britannia? Head over to the dev blog at Paradox’ site. And seriously, if you’re going to get the game- preorder -you get 10% off and the preview chapter (Dead Legions) to play right this very minute. …Good talk.