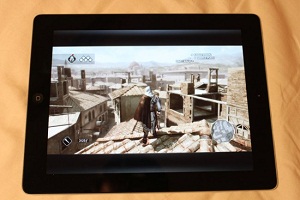 And the iPad just became the most powerful handheld gaming device.

OnLive has launched its cloud gaming service for Android tablets, and the iPad. The application that you need to download to access your OnLive gaming cloud is a free download, and there’s 25 games that have been adapted for the lack of physical buttons.

These include LEGO: Batman and L.A. Noire. L.A. Noire is a game we probably won’t be playing on the 3DS or PlayStation Vita.

Additionally, the entire OnLive catalogue – 200 strong, can be played with the OnLive Wireless Controller. That’s right – you don’t need to play iPad games without buttons.

Naturally the requirement is that you’re in a WiFi zone to play these games, but it’s a great boost to the iPad’s gaming credentials nonetheless.

Now, if only OnLive would launch in Australia – currently this app and service is only available in the US and UK.