Series creator Rockstar Games today announced that iOS and Android gamers are going to be rampaging through the streets of Liberty City well in time for the holidays.

Although the official date was already announced as “before the end of the year”, Rockstar has decided to let us all in on the secret a tad early.

Today, we are pleased to announce that Grand Theft Auto III: 10 Year Anniversary Edition will be available for select new generation iOS and Android devices on the App Store and Android Marketplace next week, December 15th for $4.99.

I had the chance to play the game at the NYCC back in October and can confirm that, not only does GTAIII look great, but it plays pretty darned good too. Just keep in mind that the release goes out of it’s way to state that the game will be available for select new generation iOS and Android devices. Make sure you’re in that select group before you hit ‘buy app’.

These screens are from the Android version of the game:

And these bad boys are iOS: 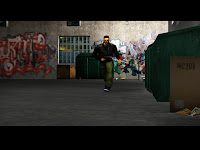 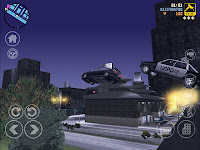 The 24 Games of Christmas! Day #8; Pride of Nations