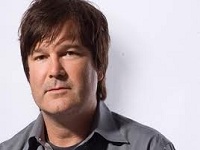 You should have heard of Gore Verbinski by now – the man gave us Pirates of the Caribbean, after all. And now he’s getting into games, and Microsoft has a new exclusive content producer.

Verbinski heads up his own production company, Blind Wink. It’s a company that has made one movie so far, Rango. Though we don’t know anything about the game Blind Wink is currently working on, a press release does say it will be a digitally downloadable one (it’s to be an Xbox LIVE Arcade game), and it will use Kinect.

In that release, Verbinski said “audiences consume content very differently today. As an idea house, we at Blind Wink are looking forward to our partnership with Microsoft. Their various platforms give us access to new methods of distribution, allowing us to extend into emerging markets and connect more directly with the audience,” said Gore Verbinski of Blind Wink.

It’s a coup for Microsoft. Verbinski has had his share of misses, but his movies are also often a lot of fun to watch. We’ll be keeping our eyes closely on Blind Wink to see what it has in the works.