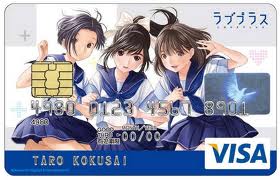 So, Nintendo held a pretty big conference today (especially since it won’t participate in the Tokyo Game Show), where it laid out the important software that it hopes will see the 3DS grow into a major player over the next few years.

Except, looking at the games line up it showed off, it’s very Japan-centric, and one has to wonder whether the software Nintendo showed off will be enough for the mass western market.

Yes, there was Kid Icarus, and there was Mario Tennis, Mario and Sonic at the Olympic Games, and a the new Mario game. These all (and some others) will sell fine in the west, but the big announcements were all games that perform far better in Japan, if they even get released in the west.

Monster Hunter was the big deal of the show – a game that struggles in the west to find a fraction of the audience it has in Japan. There was a big reveal for a new multiplayer Dynasty Warriors game. That will go down really, really well in Japan, but will no doubt get the usual 4/10s in the western press.

Then there was a reel of other games that will never get released in the west. Chibi dance games from Sega, Love Plus from Konami. Culcept (or something that looked a lot like Culdcept), the board game/ collectable card game that has never done well in the west, and plenty more besides. And for the ladies, Style Boutique 2.

Even Square Enix joined in the weird Japanese game party with that Final Fantasy Rhythm game. While that will no doubt get a translation, who knows how well it will sell over here? I’m certain Square Enix aren’t banking on it being a platinum title.

Now, these games are really good for the Japanese market, and after seeing that line up, I feel like the Japanese will be very happy to buy a 3DS in the future.

The problem for the west is that half of those games will not even be translated into English. There’s no chance we’ll see Love Plus, for instance. Dynasty Warriors will get a limited release. And while this show is obviously aimed at a Japanese audience, we’ve seen little else from previous shows and events to suggest there is a strong line up of western games to fill that void.

The big new game announcement, from a western perspective, seems to be Fire Emblem; a very good game series to be sure, and one to get excited about. But amongst Nintendo’s franchises, it’s very much the B-team, in terms of sales and prestige.

So that raises the question: how is Nintendo going to find the western audience moving forwards? It’s all well and good to have multi-million selling franchises released in Japan, but this console is region-locked and most people can’t even import the games that won’t get translated.

What did you think about the Nintendo conference? Do you feel it is “enough” for the western audience as well as the Japanese? Let us know in the comments below!

Check out all the games Nintendo announced today