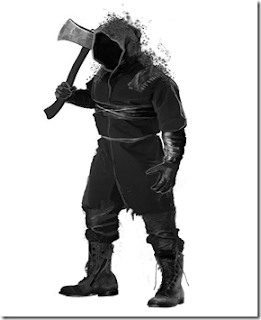 Hysteria Project was a bit of a flawed gem. It was short and good fun to play through once, if not twice, but it was also barely interactive and the video quality of the game was downright dismal. Though there is the option to play the game on PS3 as this is one of the minis open to both consoles, it was only comfortable on the eyes to do so on PSP.

Hysteria Project 2 doesn’t actually change any of that and as a direct sequel to the first game this game is not going to work for anyone who wasn’t a fan of the first. That said there are some slight improvements to the overall playability of the game this time around.

It’s still a choose your own adventure game filled with canned FMV sequences driving the story forward. The basic gameplay formula, such that it is, works like this: Watch a FMV clip, make a binary choice (occasionally the game does something ‘innovative’ like throw a puzzle or key code at you), progress the story. The game doesn’t last long enough to outstay its welcome, but all the limitations of FMV games are on display in force here: there’s no zigging rather than zagging and the decision making components of the game often present an uncomfortable break to the action.

The video itself is entertaining, assuming you know your Freddy Kreugers from your Michael Myers. It’s B-grade horror at its finest, complete with B-grade acting and a masked lunatic chasing you around. The game plays out in first person and as such there’s a surprising amount of tension in the game, something that has been long gone in favour of excessive gore from these kinds of movies in the more passive cinema scene. Yes, Friday the 13th franchise reboot, I am looking at you when I say that. Take too long to make a decision in this game, and the hooded gremlin is gonna get you. It’s not an overly bloody death but the Game Over screen is threat enough and at times this does require the kind of split second thinking that can make the palms sweat. 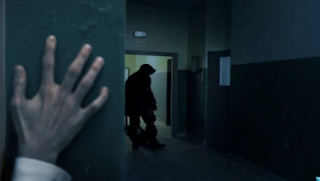 There’s nothing that isn’t clichéd about this franchise; where the first Hysteria Project kicked off in a run-down hut in the middle of a lonely forest, this one is replete with an abandoned hospital. And yet, the clichés work. Where the likes of Resident Evil have degenerated to self referential parody and increasingly relied on action to be engaging, Hysteria Project games still try to be original schlock thrills of 80’s horror movie classics.

It doesn’t always work. There are times where the pacing of the game is way off, and other times where the limited puzzles are frustratingly obscure. Couple that with a nasty habit the game has of sticking the obscure puzzles with the most stringent time limits, and you have a game that oftentimes befuddles, and isn’t always worth the patience to work through.

But it’s unique, and for 80’s horror fans, there is a lot to appreciate about this game. FMV games will always be an acquired taste, which is why the Minis platform is perfect for them, and amongst all the cute mini games or simplistic action titles, here’s something a bit different to try.