Nintendo is becoming increasingly isolated – not just in the games industry, but the broader IT and entertainment industries.

A report over at Nintendo Life pointed out that the upcoming Nintendo U will not support either DVD or Blu-ray playback. In one way, this makes sense. Nintendo’s going to need to keep the cost of its console down to appeal to the casual gaming audience, and the licenses to allow DVD or Blu-ray playback would have made price minimisation difficult.

But there’s another side of things – here, once again, Nintendo is standing by itself, in its own little world of proprietry. It runs far deeper than movie playback, too. Microsoft acquires Skype for $8.5 billion. Nintendo promises voice and video chat, but its own brand of it.

Apple and Sony develop cloud offerings that compliment their other product lines. Nintendo has been promising an improved online experience with each new console, and while it is technically true that it is delivering on that promise – the 3DS was a big jump on the quality of the DSi for instance – Nintendo’s online infrastructure is inferior and its competitors have the breadth and reach to improve their services quicker than Nintendo can improve its own.

And then there’s the little things – Sony has both a phone vendor (Ericcson) and movie studio (Sony Pictures) to leverage off when it launches a new product, but to offer movies in 3D on the 3DS, Nintendo needs to build relationships with movie studios from scratch. The reason that the 3DS couldn’t include a 3G option is likely because Nintendo lacks the legacy relationships with telecommunications vendors that Sony and Microsoft both have fostered for years. 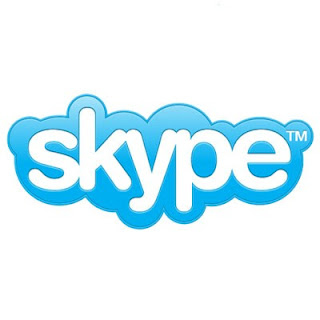 Nothing about business is simple or straightforward – companies have product roadmaps that stretch years into the future, and relationships between companies are not built over a couple of coffee catch-ups. Microsoft was likely in talks with Skype for years before that big announcement. Nintendo is functionally no different, but its business focus has always been on the software and innovation side of things. Those remain its strengths, but will it be enough?

If the rest of the market it to be believed, then no. Isolation is no longer the way to be a business. Every other company in the industry is scrambling (and making acquisitions where necessary) to develop a rounded and multilayered product portfolio. The companies that are surviving are growing rapidly in terms of size, staff, and products. Software-only publishers such as Square Enix and EA are investing in casual platforms such as the iPhone and Facebook. Hardware manufacturers are building consoles that act as much as entertainment hubs as games consoles. Even Microsoft has understood that it needs to open up, embrace open architectures, and work with other corporations, rather the ‘my way or the highway’ approach it took during the Gates era.

This monolithic approach business model makes sense in today’s environment. IT and consumer electronics are now cheap and commoditised – where once an entertainment hub would have been prohibitively expensive, now it’s not. And with that comes the expectation that not everyone wants to use every feature in those entertainment hubs. I don’t stream movies through my PlayStation, but others do. That’s the new consumer-friendly approach. I also know from personal experience that having a 3DS that doesn’t do much more than games makes it feel like a very limited piece of technology. Limited is not good right now.

Nintendo has cottoned on to this a little late, and now it doesn’t have many options open to it, though it does seem to be earnestly trying. Partnerships will be difficult when most of the good technology has been acquired by a rival. Being open is going to be expensive because of the licenses Nintendo will now have to pay. It has effectively been backed into a corner.

It will be interesting to see how Nintendo responds. Last time the market looked like it was shifting in a certain direction, Nintendo responded by doing something entirely different with the Wii and DS, and found itself a whole new market. The Wii U will not be the lightening that strikes twice – there is nothing new about that console at all, it’s a mashup of traditional console design and Apple’s approach to tablets.

But Nintendo has that magic ability to come out of nowhere and shock the market into loving it again. While I still believe it would be in Nintendo’s best interest to be acquired by someone, I also am excited to see how the company will be able to think outside the box next.

What are your thoughts on the matter? Let us know in the comments below or on our forums. Do be civil though – I promise you if you read through this piece it is not anti-Nintendo. 🙂
Share this