You might not have seen in before, but Hannibal: Rome and Carthage has a new demo available, so you can try before you buy. 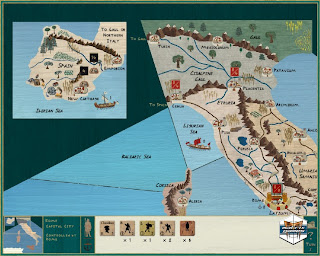 The new demo coincides with some of the updates that have been made to the paid game – such as improved tutorials and a more balanced AI for newcomers.

The game itself is a turn-based strategy game that puts you in command of the Carthaginian military during the ancient era of Rome. Play consists of two layers – the first is a strategic layer where you maneuver your way around the political intrigue and military units. Where your units run into the enemy you’re thrust into a separate battlefield, where a “simple but engaging” battle system will decide the victor.

If you’re keen to give it a go, the demo can be downloaded here: Matrix Games Website

Opinion: The FPS is dead

Marketing: StreetPass will be the real reason for Nintendo 3DS success