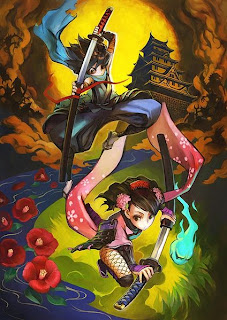 In the midst of all the hype, anticipation and excitement surrounding the upcoming Nintendo 3DS it is a bit difficult to find news surrounding games from lessor known developers. While there is plenty of news around first party Nintendo titles and major flagship third party games such as Capcom’s legendary Street Fighter or LucasArts LEGO Star Wars The Clone Wars there hasn’t been a whole lot of news around some more niche titles.

But Yoshifumi Hashimoto of Marvelous Entertainment has revealed that they are working on a game’ creating a game with 2D artwork that takes full advantage’ of the unique 3D capabilities of the Nintendo 3DS.

Last year Marvelous Entertainment’s group manger, Tomio Kanazawa, revealed that the company is  also considering releasing a 3D version of Muramasa: The Demon Blade for the Nintendo 3DS.
Share this