We recently reviewed Boom Boom Gems – a fun little, casual, match 3 style action game. It had a few small flaws however, one of the main ones being a limited number of gameplay modes. Well, that’s about to be remedied. 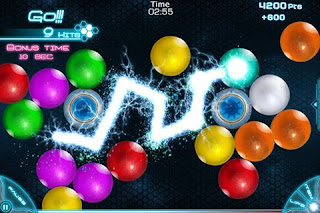 Version 3.0 has just been submitted to Apple, and is expected to go live in the next week or so. That update will feature an enhanced version of the previous single player game – including a new experience point tracking system allowing players to level up. There’s also a whole new single player game called ‘missions mode.’

This mode has been designed more for newcomers than experienced Boom Boomers, as they’re geared towars helping people learning the ropes of the game, but each mission will be graded and the developers, Ezmobo, promise reaching the top ranking on all levels will take some doing.

Ezmobo aren’t resting there, either. New single player modes will be added in future versions, too. It’s good to see a developer continue to support their game and find ways to improve the experience. Though personally we’re hoping for an iPad version.
Share this

Preview: Why you’re going to love Might & Magic Clash of Heroes

Opinion: The FPS is dead