Pure escapism, and just what the doctor ordered.

There has been a deluge of Harvest Moon and Rune Factory-likes in recent years. Square Enix, bringing the resources of a large publisher to bear, has made the best of them. Harvestella is the new benchmark for the genre, combining breathtaking aesthetics, superb characterisation, and – the first time I’ve experienced this in the genre – dungeon crawling I actually enjoyed.

“Final Fantasy meets Rune Factory” has been thrown around a lot in describing the experience on offer with Harvestella, and that is a fair and reasonable way to describe it. There is the farming elements, and it is forever a joy to putter about the farm, raising crops and then making a bit of cash on the side. Even here, the development team have found nice ways to refine and streamline the experience, allowing you to plough land, plant, water and harvest crops with a smooth efficiency that so many others in the genre overlook.

But that’s almost secondary to the Final Fantasy elements. On that side of things, there’s a bestiary that looks like it has been pulled directly from a Final Fantasy title, a nice job system to toy around with, and extensive dungeons to explore. At first, I was concerned about the latter – I have a deep-seated phobia of being up too late in a farming game because it means, once you blank out from tiredness, your next day is a bust. Time does tick over in dungeons and going delving will take up the full extent of your day, but thanks to some nice level design, you are always able to create a shortcut (drop a ladder/rope/etc) by the end of a day, meaning that the next day you can progress from exactly where you left off. Along the way, you’ll meet a cast of very Final Fantasy-like characters, each with their own charm (and plenty bringing plenty of humour), and the story is structured in such a way that there’s always some kind of mystery driving you on to the next revelation. This, too I found unusual for how I play these “life sims”, because I can often get so absorbed in living the simple life of farming and wooing that I forget about pushing the narrative forward. With Harvestella I couldn’t wait to get back out there and see the next sight.

And of course, there are crystals. Of course there are.

What I didn’t appreciate so much was just how extended the adventure is. By the time you account for the distractions and other little moments to simply live in the world, the adventure will easily extend to the 50+ hour mark, and that’s simply too long. The plot does have plenty of interesting twists and turns, and it wouldn’t be a Square Enix RPG if you weren’t preventing some kind of cataclysm, but there were definitely moments, side quests, and plot arcs that felt extraneous and the narrative would have been stronger if the development team sliced off a third or so from it. The other clue that Harvestella is perhaps carrying a bit too much fat is that it does take so long to get to the good stuff. For the first ten or so hours, I was left wondering if the farming side of things was only ever going to be a minor distraction, and that the game really wanted to be a pure-play JRPG. Things improve there once you start getting animals to care for and, if you want, chores can occupy your whole day. I get to this point very quickly in Rune Factory titles, but with Harvestella gratification from the farming comes much later on. Once you do get to that point, though, it does become enjoyable in its own right to leave the sword at home for a couple of days and simply tend to your farm. By completing objectives you can also increase the size of your operations and the level of the farm, meaning you produce better quality stuff, and eventually, thanks to the gorgeous presentation, you can look over what feels like a vast, green and organic empire and feel satisfied that you’ve enjoyed the farming journey.

The RPG stuff, meanwhile, also builds moment quite slowly, though you can at least see the potential earlier with it. In addition to scouring dungeons to create Dark Souls-like shortcuts and eventually be able to quickly beeline from the entry to the boss, Harvestella features a Powerful Enemy system, seemingly drawn from Etrian Odyssey, where incredibly powerful enemies will patrol certain areas. You’re almost certainly not going to be able to defeat them the first time you encounter them, so the name of the game becomes figuring out how to navigate past them until such a time, many hours of grinding later, that you can return and cream them.

The problem is that the first dungeon’s powerful monsters are all asleep to make it easy to simply run past them, and in the second dungeon they’re stupidly easy to avoid. With a system like this, it’s only enjoyable when there’s some kind of meaningful puzzle and threat involved, and Harvestella takes a while to get there, too. In addition to that, the combat system featured within the game really relies on you having access to a broad range of jobs, so you can fluidly move between them to take advantage of enemy weaknesses. Again, in the early dungeons, you don’t have access to that broad suite of jobs, so combat comes across as a repetitive chore. Once it does get all its pieces together, and you’re seeing the full creative vision of the dungeon crawling in its glory, the RPG elements really start to make sense, and the game becomes glorious. 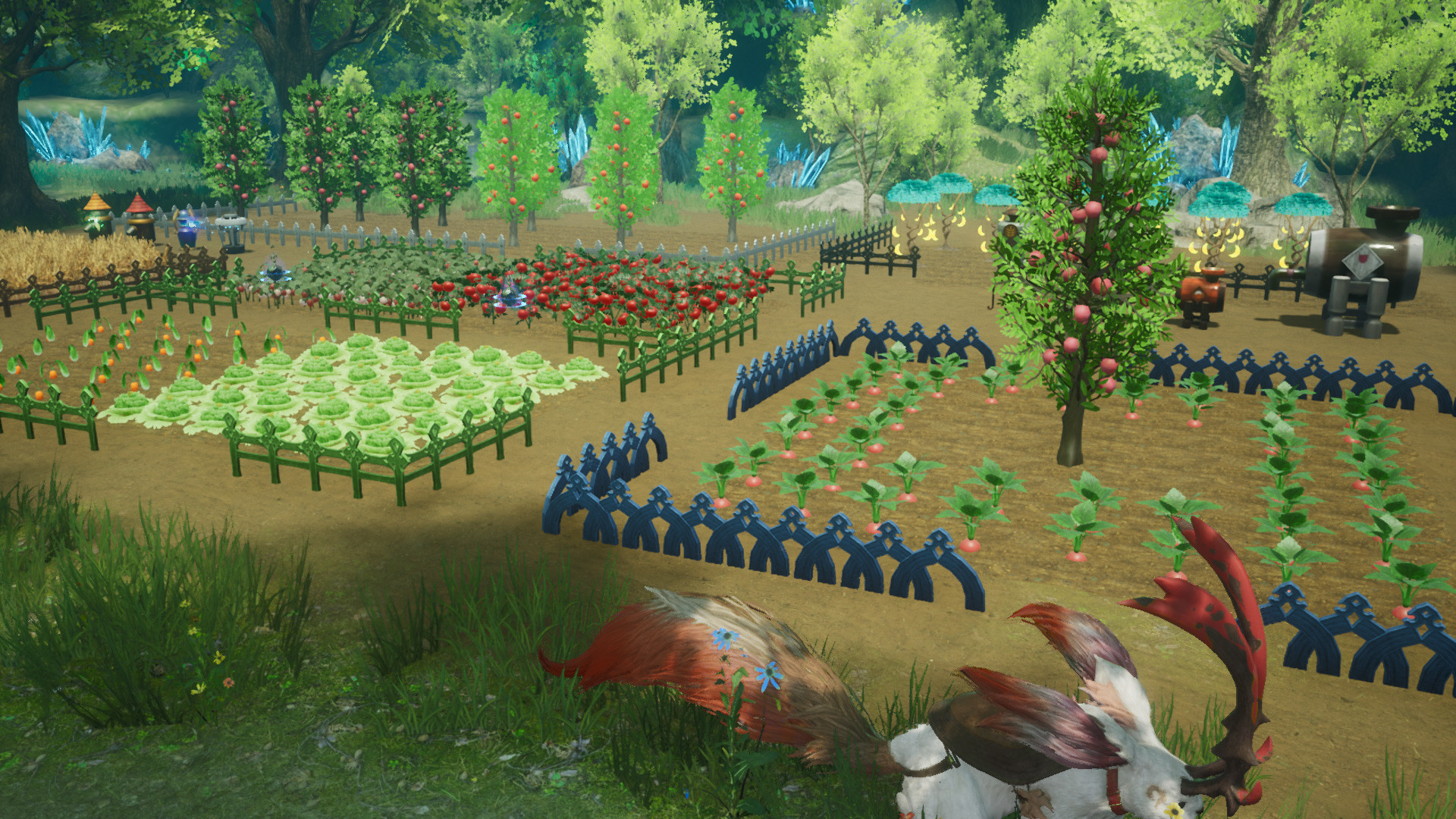 Perhaps Square Enix was counting on the presentation to help get people over that initial hump. If so, it was not an unreasonable gamble to make. Even on the Switch, where there is an obvious fuzziness to the graphics that people playing on PC won’t experience, this game’s art direction is impeccable. From the many small towns that you visit, to the themes and layouts of the dungeons, and just about every character you come across, the art has been used to great effect to create stories and a sense of everything in the world having a place and belonging to a vast, complex ecosystem. Unlike many of Harvestella’s lesser peers, there are no empty zones, or environments that somehow manage to be repetitive the first time you witness them. It’s impressive that such a massive adventure like this can be so aesthetically cohesive, but then this is Square Enix on home turf.

While Harvestella takes a while to get going, the journey is rich, rewarding and wholesome. For a genre that is usually the province of the mid-tier developers, having something like this that doesn’t cut corners, doesn’t feel like a series of concessions and feels creatively liberating is an inherent joy. Many years ago I read a wonderful analysis of Harvest Moon that effectively argued that the series has been so popular in Japan for so long because farming is a genuinely aspirational pursuit to so many people, who feel locked into soul-crushing and exhausting work in concrete jungles. That being the case, the pure fantasy escapism of Harvestella makes a particularly potent example of its little genre indeed, and for just about anyone on the planet right now, this is exactly what we needed. 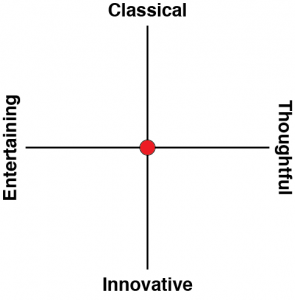 Exciting upcoming MMO, Blue Protocol, is getting closer to release, with a network test coming soon