If you close your eyes the monsters will go away...

Japanese horror tradition is more about tragedy than violence. Whether it’s the yurei (ghost) stories of old, the modern horror of The Ring or Ju-On, or games like Yomawari here, the focus isn’t on giving you big monsters to slay bloodily. Nor is it torture porn, and focused on inflicting the protagonists with exquisite pain. Instead, this kind of horror focuses on melancholic reflections that reach such depths of sadness that it’s terrifying to contemplate that such extreme emotion exists. The horror is not in the threat of bodily annihilation (though it can also be present). The horror comes from understanding just how unfortunate the events that led to the creation of the spirit/monster are.

Related reading: You don’t need to have played the first two Yomawari games to enjoy this one, but you should play those two games anyway. They’re excellent. My review.

Basically, it’s smarter, more engaging horror. I love western-styled horror plenty, of course. In cinema, I’m always a big fan of the “heroics” of Michael Myers or Jason Voorhees, and I like breaking open a zombie’s head in Resident Evil as much as the next person. Those are visceral thrills and hugely entertaining. However, Yomawari offers a more reflective, intelligent kind of horror. One that unsettles you rather than makes you scream. One that will stay with you far longer.

Each Yomawari title has kicked off with a sequence that is truly uncomfortable to witness, and Lost In The Dark is no different. You play as a school kid that has been mercilessly tormented and bullied by their entire class. You navigate them through a series of classrooms and escalating torments until they reach the roof of the building, and there’s a fence around the edges that has a hole cut into it. Fade to black. 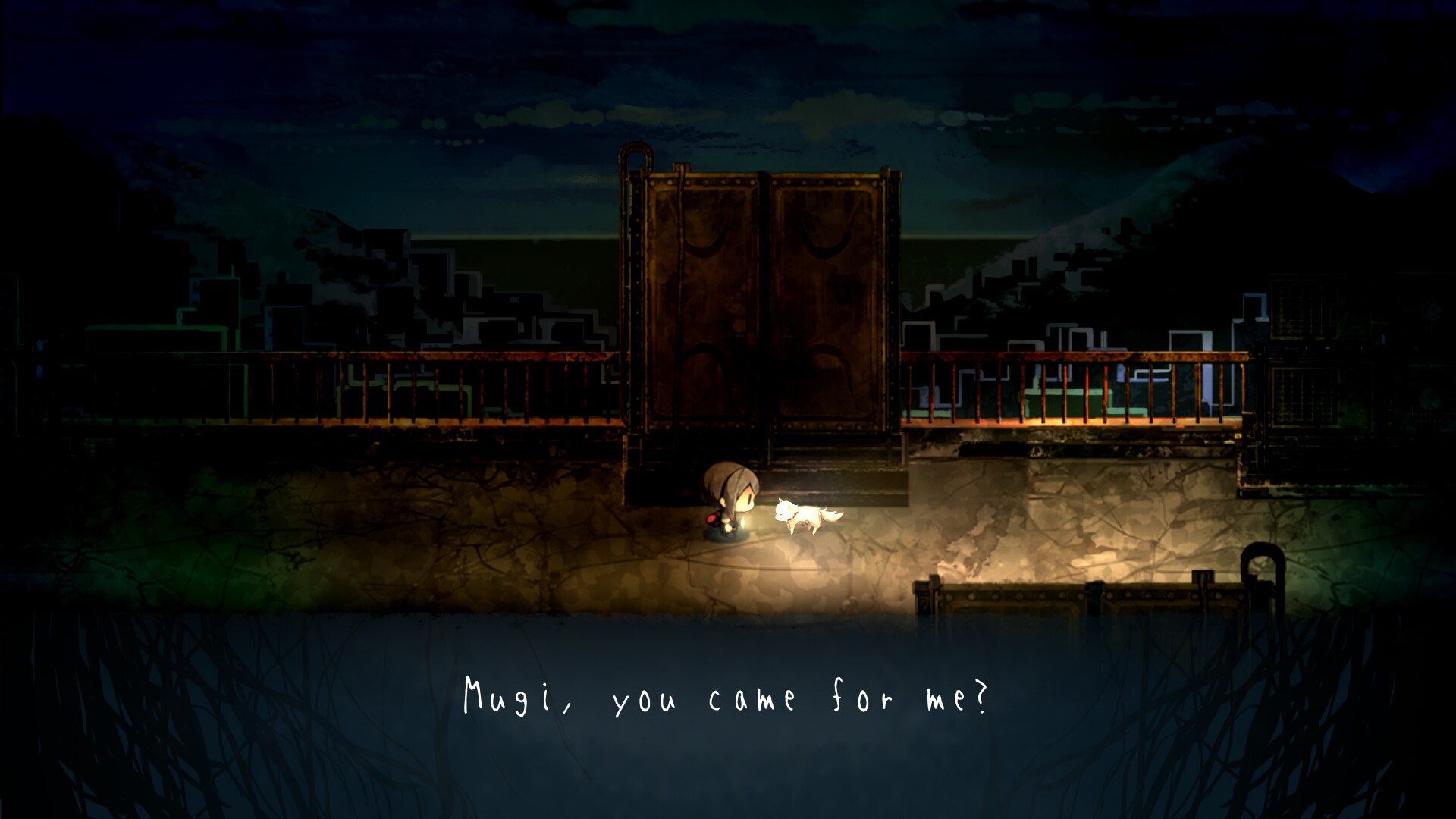 The next thing that your protagonist knows is that they’ve woken up on a strange, haunted mountain, and they run into another person that tells them they have until just 6 am to recollect all their memories (they have amnesia), or else they’ll be lost to some poorly-defined curse. At this point, you’ve probably got questions coming thick and fast – what is this place? What is the curse? How is it linked to what happened in the opening sequence? – and those questions are good because the bulk of Lost In The Dark is about you playing detective to slowly piece things together. You’ll run around a haunted town, learning the stories of the various spirits and, in doing so, start to learn the reality behind your own circumstances.

This is a slow, carefully paced kind of adventure game. The physical threats are relatively infrequent, but what you will have to do is make your way carefully through the many puzzles, because zigging when you are meant to zag will generally lead to an instant game over. Every single moment of the experience is designed immaculately, however. My single favourite feature is the ability to close your character’s eyes and navigate purely by the sounds around them. When you do this, the screen will go blank except for your character, and this gets intense. You know the monsters out there are horrible, and the temptation will be to steal just a peek will be overwhelming. If horror is at its best when it pulls your agency away from you (it is), then denying you access to the senses to make it even harder to perceive the danger is a purest form of horror. Yomawari nails it.

This is a game you’ll want to play with a good set of headphones on. The sound design in this game is quite incredible, and it’s notable as much for its use of ma as it is for the crystal clear way it captures footsteps, ambient noises, and the occasional loud bang. Ma is a Japanese concept of “negative space” and when you research how the Japanese think about aesthetics in their arts, ma comes up a lot. In Yomawari, there’s a lot of work being done by the emptiness between the sounds. Silence helps build intensity (and trepidation). The distance that the things you can’t see are measured by the length of time between the sounds they make, so, like an oncoming storm, you end up worrying about just how intense it will be as those rumbles get closer and closer and more frequent. The stillness also thickens the air, drenching Yomawari in a thick atmosphere and, like a hot, humid summer’s day. Just like those summer days (the Japanese have associated summer heat with horror for eons), the atmosphere os so oppressive that it’s both difficult to breathe and so pervasive that it’s impossible to escape. 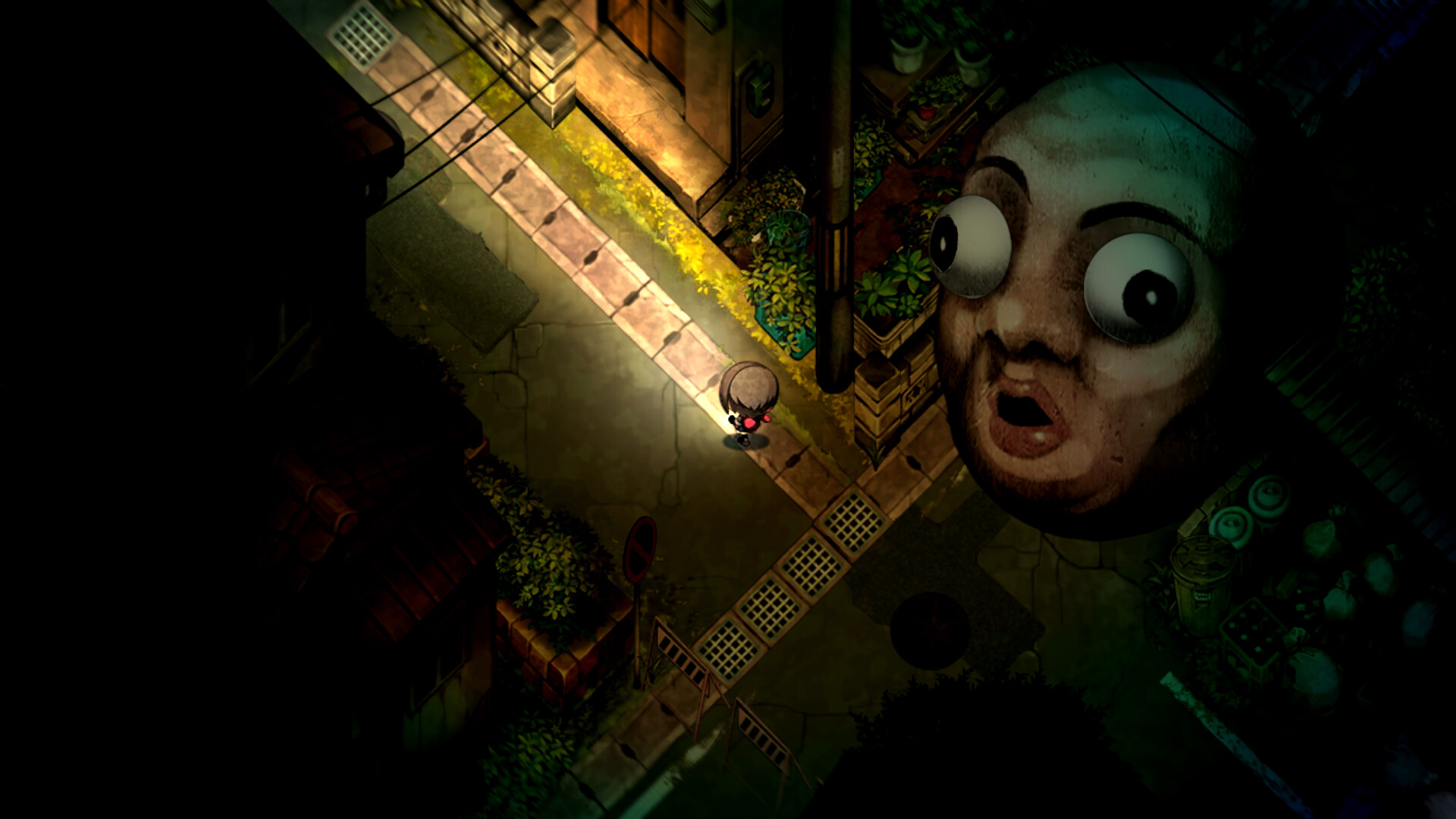 And then there’s the playful creativity of the entities themselves. As we all know from the grand yokai tradition, the Japanese love creating wildly strange creatures to represent spirits, and while just about everything in Yomawari is malevolent, that tradition is alive here in the most playful way. The almost-innocent way in which the creatures are drawn and move around further reinforces the tone of tragedy that runs underneath Yomawari, and the way that the game finely tunes everything to deliver a focused and cohesive experience is both subtle and really quite brilliant. There’s not a thing or moment in this game that feels out of place.

You could say that this Yomawari suffers a little from the diminishing returns of sequels. Each sequel feels less fresh and original than the previous one, and while stagnation might never quite set in (after all, there are a lot of properties that have dozens of titles), audiences start taking the qualities of what these games do well for granted. That being said, Yomawari: Lost In The Dark is such a fascinating, beautiful little horror game. With some smart mechanics, spot-on perfect pacing and atmosphere, and an intense, melancholy narrative this horror experience achieves something rare for video game horror: spooky good times that will make you think and even feel.

Somerville, the spiritual successor to Inside, is coming soon!