My Time at Sandrock to hold first open multiplayer test

My Time at Portia is a solid life/farming sim, and I’m really happy that it’s getting a sequel in My Time at Sandrock. The game is currently out in Early Access (I haven’t played yet) but so far, multiplayer hasn’t been available. Now, the developer is releasing an open pre-alpha test. It will run from today (September 19) for a week, to September 26. Early Access players will be able to build structures with friends and experience collaboration (and competition). 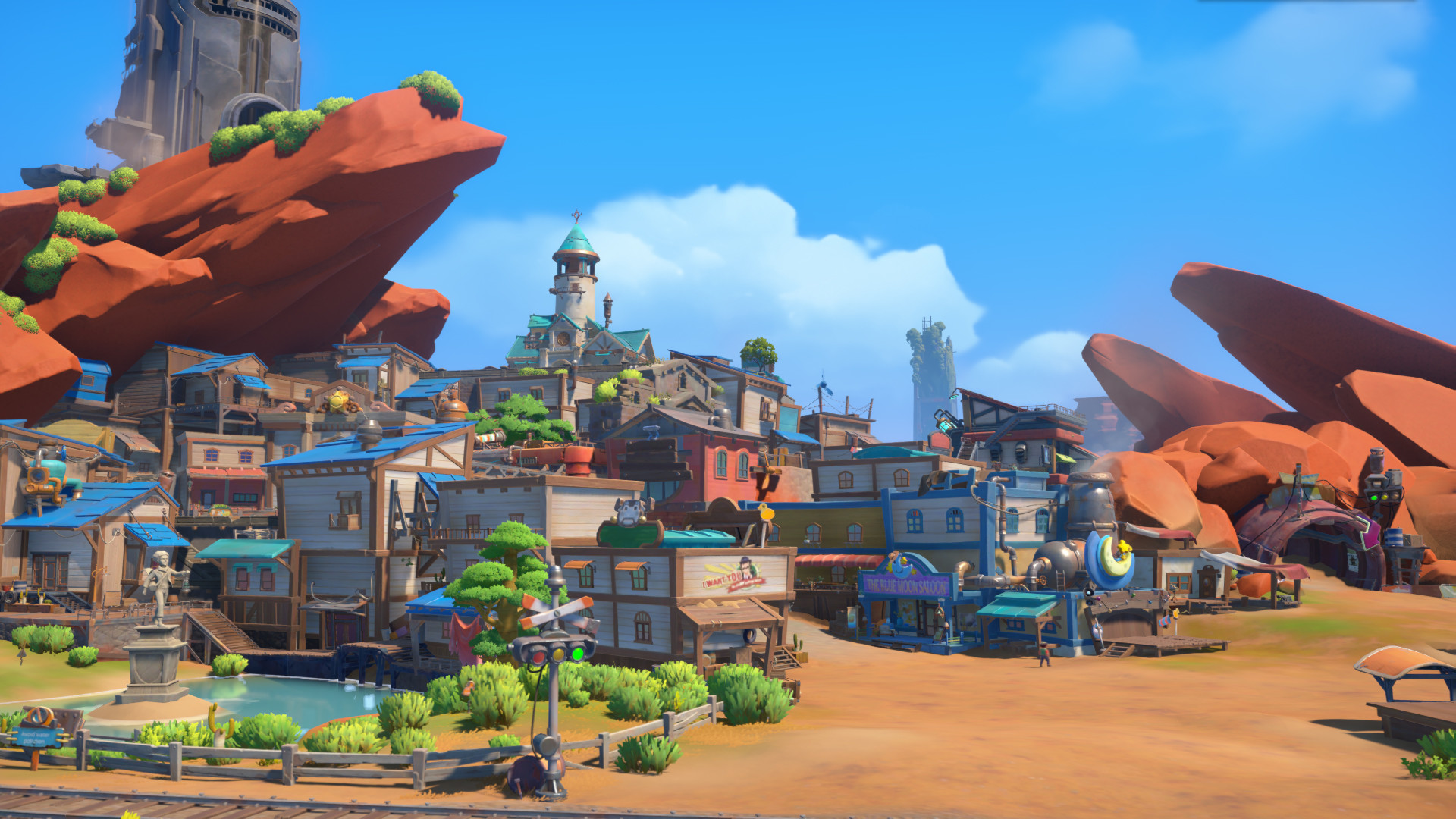 My Time at Sandrock first launched in Early Access in May, but so far only single player gameplay has been available. When multiplayer gameplay is full-on released (target date of next year) is will contain a unique story. Players can create teams with up for four players. Teams will spawn in the builder’s plaza and start working on building the town structures. Their actions determine town events.

The game takes place in a (rather wholesome) post-apocalyptic world. Humans have restarted civilization after nearly destroying themselves through greed, technology, and warfare; this period is now known as “The Age of Darkness.” Citizens agree that it is time to work together and reject the Old World ideologies as they rebuild. The player takes a job offer in the frontier town of Sandrock, with the goal being to rebuild a town on the brink of collapse.

Described as “a kaleidoscopic adventure,” Saturnalia is inspired by both authentic Sardinian (a region in Italy, if I’m not mistaken) folklore and classic Italian giallo horror films. The story is about a mysterious, centuries-old ritual that occurs every year on the night of the winter solstice. It’s set in a village called Gravoi.


The game features four playable characters, each with unique abilities, and each confronting their own personal revelations to expose the town’s secrets and escape their doom. The village is maze-like, with no markers or compass to help. It’s also ever-changing and very dark, and matches must be used to keep the dark at bay. Players cannot fight back, they have to be stealthy or flee from the creature that hunts them. There is non-linear progression and an adaptive narrative, with different endings depending on player choices.

Developed by Santa Ragione, Saturnalia will be released for PC via Epic, PlayStation 5, PlayStation 4, Nintendo Switch, Xbox Series, and Xbox One.

I have feelings about this, mostly negative, but I’m sure others will disagree. Originally released in 2014, The Sims 4 is still going strong… but EA is about to change its tactics, probably in attempt to keep it that way. EA releases expansion packs regularly (the latest was the High School Year expansion pack, the trailer is below), and those will still cost cold hard cash, explaining how EA intends to keep making money from the eight-year-old game. I’d rather it just launches a sequel.

The Sims 4’s base game will be completely free for all new players on PC/Mac, PlayStation 5, PlayStation 4, Xbox Series, and Xbox One beginning on October 18. It currently costs about $20.

Another farming/life sim is on the horizon!

I currently have an obsession with life/farming sims. I’d say I’m in a rut, but it’s too enjoyable to be described as such. So the news that another one has been developed sits very well with me. Homestead Arcana is a third-person exploration farming simulation game. Players take on the role of a farming witch who has ventured to a corrupt frontier. Discover its secrets, and power up spells with nature to help heal the land.


Players will create their own homestead from the ground up, discover new plants and tend to a garden, craft new equipment, and craft new spell potions to reclaim and heal the land. They can also venture into the deathly Miasma, what has corrupted the land. Survive this hostile environment and bring back to plants and spells to grow the homestead. The best part? The witch has a cat familiar named Huckleberry.

Developed by Serenity Forge and published by Skybound Games, Homestead Arcana will be released for PC via Steam and Xbox Series, including Xbox Game Pass.

The next SteamWorld game is… a city building simulation!