Yes, I already covered the Nintendo Direct mini Partner Showcase; but Harvestella stood out so much that I just had to give it some time to shine on its own. The combination of life sim and RPG has players experiencing a beautiful world that changes with the seasons, and includes traditional life sim elements such as tending crops and making friends with townsfolk.

The seasons are controlled by four giant crystals called Seaslight. They allow for a stable change between seasons. Unfortunately, a series of abnormalities begin to appear, creating the Quietus. The Quietus is a season of death that occurs between the four natural seasons (winter, spring, summer, fall). During this time, crops wither and people are trapped inside. Worst of all, the Quietus is taking longer and longer with each passing year.

The game is set in multiple places. There’s Nemea Town, a special place where cherry trees bloom year-round (ooh pretty). Shatolla is a seaside town where players can find a bustling tavern. Lethe Village is known for its vibrant colours year-round. The Holy Capital of Argene is dusted in snow. Each settlement has a dungeon.

When it comes to daily life, grow crops to sell or craft with. If you use them while cooking, it will grant helpful effects such as temporary stat boosts. Care for cluffowl birds, goat-like woolum, and a pet totokaku.

Of course, no adventure should be solo. It’s no different here. Our protagonist is a traveler, saged by a doctor after collapsing near an isolated village during the Quietus. They are joined by Shrika, a missionary seeking new faith; Asyl, a descendent of the Wind poem people; and Aria, a girl who claims to be from the future. Generally, you’ll cooperate with these allies, but as all friends do, there will be clashes. Reach a deep understanding of each by facing their worries and way of life. 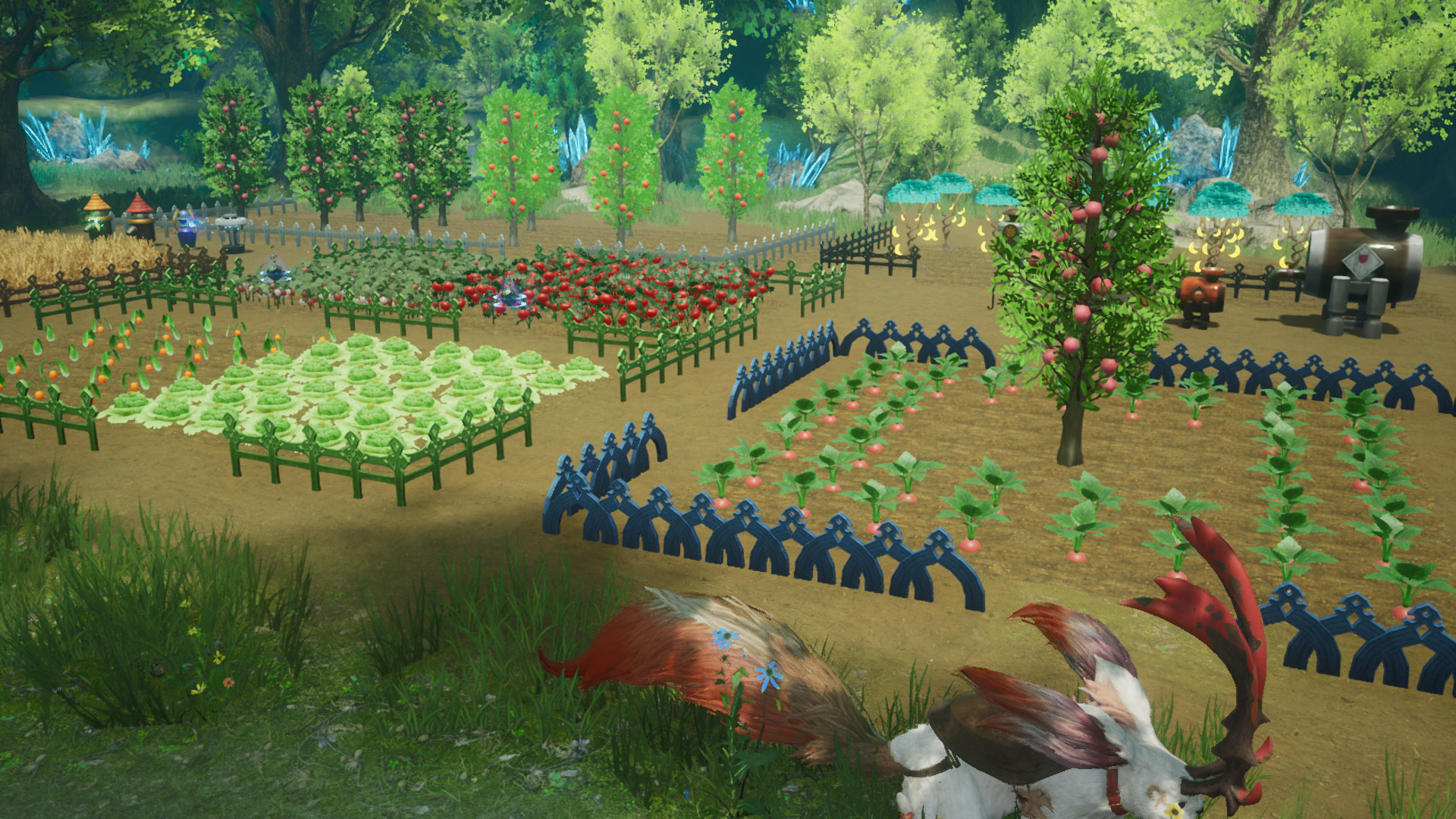 Characters have different jobs, which come into play during combat; you can switch seamlessly between jobs even in the midst of battle. The fighter is rather adept with a sword. The Shadow Walker deals critical damage with twin blades. The Mage specializes in magical attacks. While facing down foes, target their weak points to inflict a Double Break state where it’s easy to take them down instantly.

Developed and published by Square Enix, Harvestella will be released for PC via Steam and Nintendo Switch on November 4. It is currently available for pre-order via Steam; Nintendo Switch pre-orders will begin at a later date. There will be a physical edition for Nintendo Switch.