Card Shark is what happens when you take the act of cheating at gambling and make it cultured. Devolver Digital has the most incredible knack for finding games that are just plain good fun to publish, and this is a very good example of that ability. It can be infuriating, but only ever in a good way, as it tests a range of observational and co-ordinational skills that most games do not.

Card Shark is set in the 18th century, and kicks off with you – a mute servant – being run out of town for a crime that you did not commit (but would assuredly be punished for). You are subsequently recruited by a ne’er-do-well noble that quickly realises that you will be quite the asset in helping him scam others in cards. So starts a quest that involves you learning a wide range of different tricks, and then applying those scams to people that – best you hope – never realise that they’re being swindled. The way the painterly art depicts a world of decadence and the narrative leaves the impression of an upper class consumed by hubris and arrogance, and a society that is inching every bit towards the French Revolution that would occur later in the century.

The developers have clearly done their research, name-dropping various people from the era. Your character’s own mentor is the Comte of St. Germain, who was a very real person and, historically, he was very much a deceptive troublemaker (though whether he played and cheated cards or not is not a historic certainty). You’ll even get to bump into side characters like Voltaire (the Voltaire!), for a bit of philosophical banter. Everyone likes Voltaire. I wasn’t sure what I was getting into when I started playing, and found it almost surprising just how gripping the narrative of Cark Shark is given the game’s concept, but it definitely hooks you in and takes you for a mighty ride. 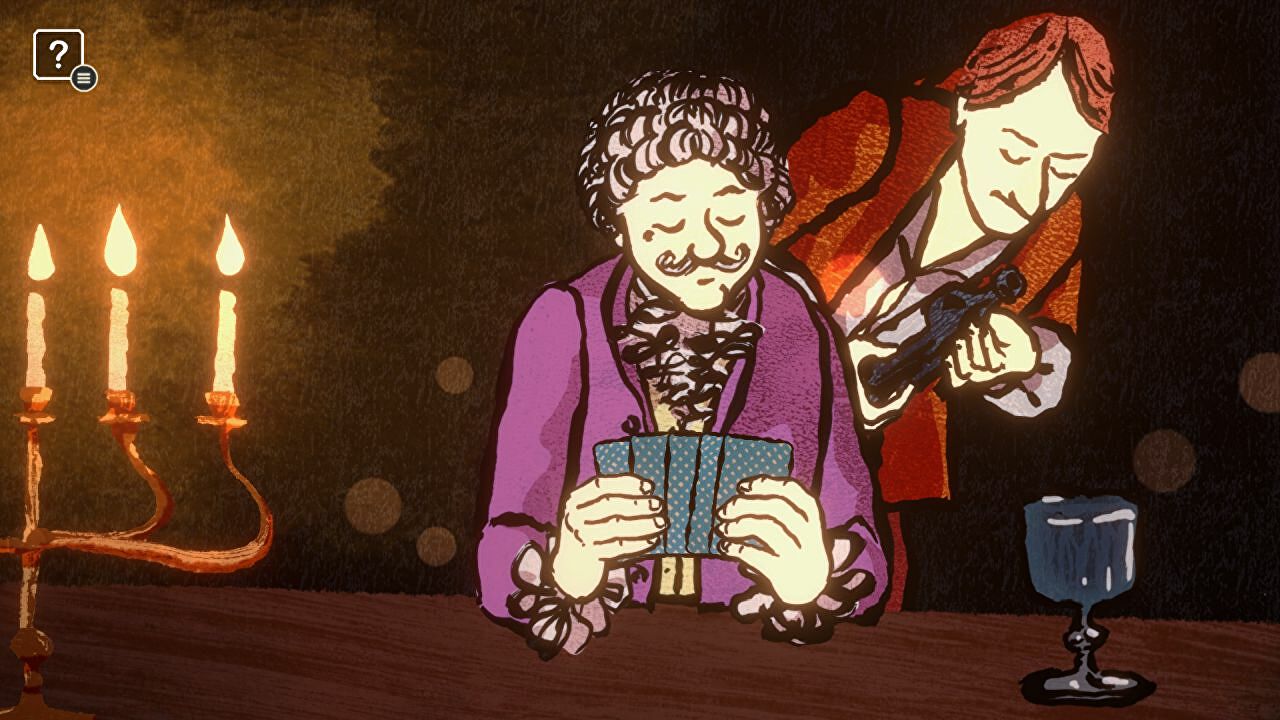 The gameplay is almost entirely to do with sleight of hand tricks that allow you to indicate to your patron what cards your opponents are holding, or to stack the deck in his favour. For example, in one trick, you subtly mark the card that your patron should cut the deck at after your (fake) shuffle. In another, you’re not directly playing at the table, but rather on service around it, meaning that you have the opportunity to look at your opponent’s cards as you pour them a glass of wine, and wipe the table in such a way that tells your partner what cards they have. There are dozens of these kinds of minigames, and the variety between them is great. They can be tough though. One mini-game asks you to quickly check your opponent’s hand while pouring them a glass of wine, and this splits your focus a little like the old trick of rubbing your belly while tapping your head. That is something that I’ve never been particularly good at and failed at many times while playing. Others I found more straightforward and comfortable, however. The beauty of Card Shark is that even if that one is easy for you, one of the other minigames will sorely test you instead.

In addition to the difficulty, the clock is very much against you and to clear your opponents out of their money you’re going to need to work fast. Take too long to play cards, or manufacture your cheat, and you’ll go from being the subject of suspicion to being caught red-handed in the scam. Then again, if you make mistakes because you’re rushing you’ll also start raising red flags. Being a swindler sure is tough. Play well, though, you’ll get a good pile of cash and be able to move on to the next victim. Card Shark isn’t the longest game – about 10 hours, but it progresses at a great rate, weaves a great story, and manages to surprise and delight at each step along the way.

The only problem I have with the game is, unfortunately, a big one. I imagine that on a large screen this won’t be an issue, but I predominantly played this on the Nintendo Switch in handheld mode, and I had difficulty making out the card suits on the screen at times. They are gorgeously-rendered and the painterly quality of Card Shark is exactly what you would expect for a game set in the thick of the age of enlightenment, but as pretty as the art is, it’s also a problem when I have to stare hard to see the difference between hearts and diamonds, or spades and clubs. When I’m being asked to also watch a wine glass or are otherwise distracted by a deliberate gameplay mechanic, having my swindle ruined by an ever-so-slightly fuzzy difference between suits is a sore point. As I said, though I have no issue with the art style nor the minigames in isolation, and I do suspect that if you play this on the screens that it was designed for, you’ll have no issue. It’s purely an issue with playing on a small screen, and while that’s a let-down, I can’t hold this one against the developers (and I was able to make my way through in the end anyway). 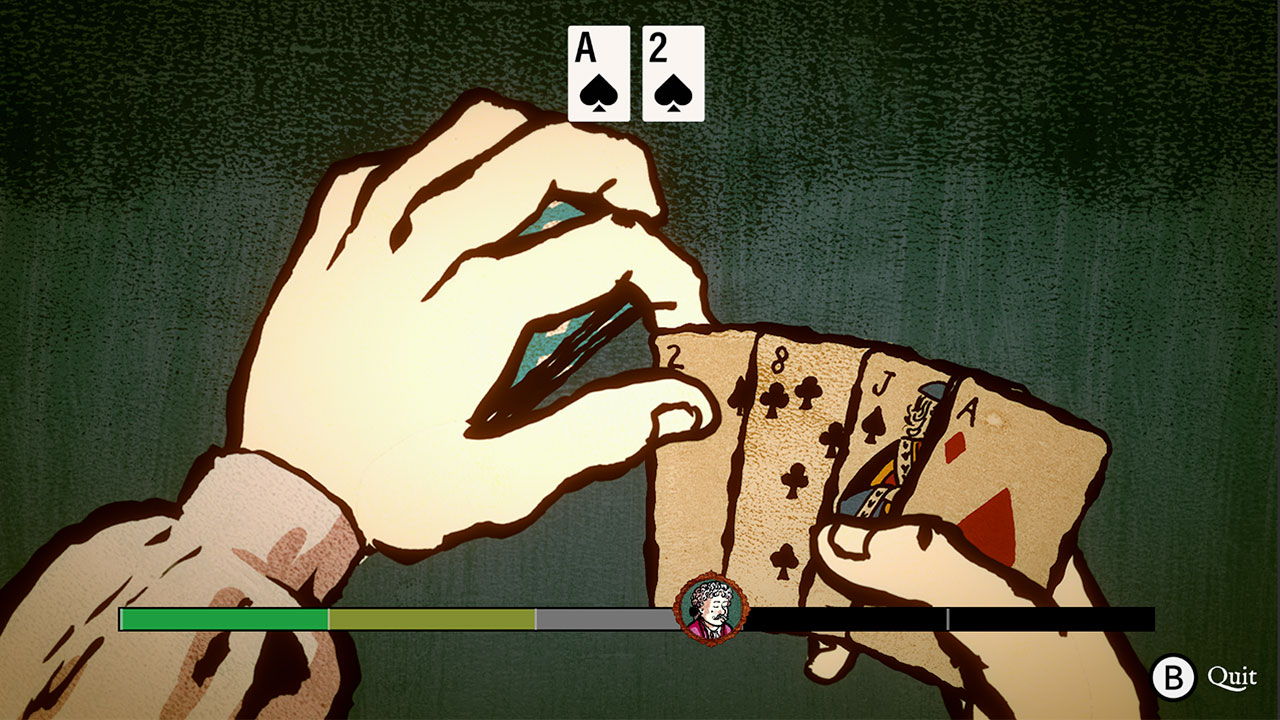 There’s almost no replay value to Card Shark, but that’s not a complaint. It’s a nice, compact and creative little experience that respects your time while also offering a complete experience. There is a cohesion between the art, setting, and period of history that it’s set that is compelling. Furthermore, the behaviour of the deeply corrupt nobility of the time that it depicts is surprisingly detailed. Backed by genuinely interesting minigames and a good – if stiff – challenge, publishing Card Shark has been another major win for Devolver Digital.

We’ve become too accommodating of cynical capitalism via remakes