New FMV game The Gallery launching this year, in homes and in cinemas

It’s so weird to write about a game being released in cinemas. I can’t say that’s ever happened before! But that’s what will happen for The Gallery, a live action game that is part hostage thriller and part social drama. It is written and directed by one of my favourites in the FMV world, Paul Raschid (The Complex, Five Dates). Here is the announcement trailer:


The game is set in two time periods, 1981 and 2021. Both years have significant political, social, and cultural implications in UK history, and these issues will be reflected in The Gallery’s story. There are over 150 decision points, which presumably lead to multiple different endings (and multiple playthroughs if you’re like me and need to experience everything). The cast includes George Blagden (Versailles, Vikings), Anna Popplewell (The Chronicles of Narnia); Kara Tointon (Mr. Selfridge, Eastenders), Rebecca Root (The Queen’s Gambit), Richard Fleeshman (The Sandman, Coronation Street from 2002-2006), Shannon Tarbet (Killing Eve, Love Sarah) and Fehinti Balogun (I May Destroy You).

Developed and published by Aviary Studios, The Gallery will be released in April for mobile devices (iOS/Android), PC, PlayStation, Nintendo Switch, and Xbox. In the UK, players can also head to cinemas; the audience will control the game by majority decision.

Kirby and the Forgotten Land has a release date

First announced last September, Kirby and the Forgotten Land is the pink puffball’s next platforming adventure. Kirby can copy their enemies’ abilities, for example Sword or Ice, and use it against them as well as to explore the surroundings. The stages are 3D and full of abandoned structures from a past civilisation – like, there’s a shopping mall. Spooky! Here’s the latest trailer:


Kirby arrives in an unknown land and learns that the Beast Pack is kidnapping Waddle Dees in droves. Kirby meets a curious new friend, Elfilin, and they head out on a journey to rescue the Waddle Dees. I mentioned the world a bit before, but there is more to know: it fuses past civilisations with nature, creating an area full of platforming challenges. Most Waddle Dees are stashed at the end of each stage, but there will be stray ones to rescue along the way. There are two new abilities to master, Drill and Ranger. Drill allows players to bury underground then shoot up to hurt enemies, while Ranger allows players to target far-away enemies. The game’s central hub is Waddle Dee Town, which will develop more as more Waddle Dees are rescued from the Beast Pack; different shops will open and games will become available.

Developed by HAL Laboratory and published by Nintendo, Kirby and the Forgotten Land will be released exclusively for Nintendo Switch on March 25.

I’ve really enjoyed following the story of Clockwork Aquario, a game 30 years in the making. In fact, it took so long to be released that it was given the official Guinness World Record for longest video game project cycle. Development started and was quickly disbanded as 3D games were rising. ININ Games and Strictly Limited Games have worked directly with the developer to bring the lost title to contemporary audiences, and it released with huge success for PlayStation 4 and Nintendo Switch. Now it’s time for the game’s reach to expand, as the title will be coming to PC via Steam and Xbox later this year. 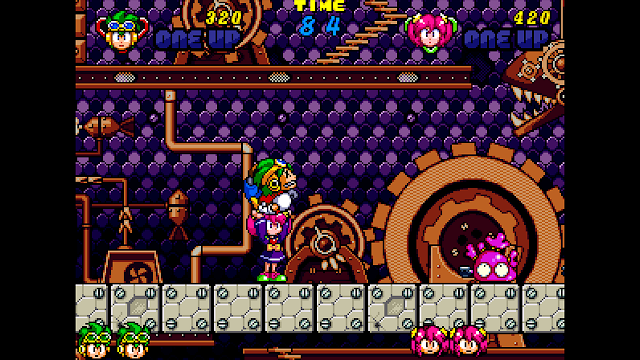 The side-scrolling platformer is set in a colourful fantasy world. Players will pick up and throw their enemies, hitting multiple at the same time to get a multiplier and aim for that high score. There is multiplayer available for three people total; players can either collaborate to rid the world of Dr. Hangyo or sabotage each other while trying to get the highest score. Clockwork Aquario was created by digging up the original ROM, and graphics were already ahead of the curve when the game was first in development; they still look incredible now.

Developed by Westone Bit Entertainment, and published by ININ Games and Strictly Limited Games, Clockwork Aquario will be released digitally for PC via Steam and Xbox in Q2/Q3 2022. It is currently available for Nintendo Switch and PlayStation 4.

Collect souls in Beat Souls, coming to consoles next month

Beat Souls, a colourful and cute high-speed rhythm game about collecting souls while avoiding obstacles. The goal is to put those souls to rest. The game promises a “pumping” soundtrack. It follows Mikoto, a legendary Shrine Maiden that uses her impeccable dance moves to commune with Rhythm Yokai; the Yokai are all worked up because of the constant hustle of big cities. 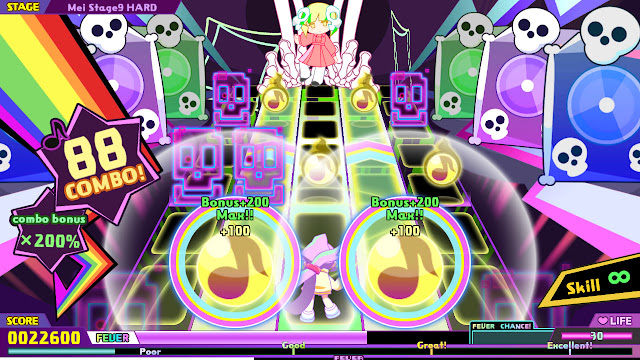 The rhythm part of the game involved dodging and jumping out of the way of obstacles, all while dancing and collecting souls to earn combo points. Both the character and its two Otomo move independently, so there’s a lot of juggling going on. The Otomo’s colour has to be changed to match the colour of the incoming soul. The obstacles are called Noise, and colliding with throw off the groove, reset combos, and drain stamina. It’s all over if the stamina hits zero.

Developed by Zoo Corporation and with the console versions being published by eastasiasoft, Beat Souls will be released for PlayStation 5, PlayStation 4, Nintendo Switch, Xbox Series, and Xbox One this February. The game originally launched for PC last July.